Could Cadazolid be the Next Breakthrough in C. difficile Treatment? 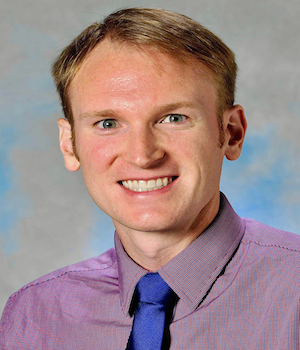 Following an examination of preclinical, early clinical, and phase 2 clinical results, a research team from the University of Houston surmised that cadazolid (Actelion Pharmaceuticals), a novel, non-absorbable hybrid antibiotic, has the potential to treat Clostridium difficile (C. difficile) infection and recurrent infection.

According to the study, the hybrid antibiotic would be able to kill host microbiota, have an effect on spores, and could interfere with toxin production. It was granted Fast Track and Qualified Infectious Disease Product-expedited review program status by the U.S. Food and Drug Administration in 2014.

To assess the chemistry, microbiology, pharmacodynamics, pharmacokinetics and clinical trial results of cadazolid, Bradley Endres, PhD (photo) and a team from the University of Houston evaluated cadazolid against other C. difficile treatments like fidaxomicin and surotomycin.

Cadazolid was analyzed in 3 phase 1 clinical trials. In the first study, 40 healthy male volunteers were randomized to receive either cadazolid or placebo. The cadazolid patients received a single dose of 30, 100, 300, 1000, or 3000 mg.

In the second study, 24 healthy male patients received 2 daily doses of cadazolid at either 300, 1000, or 3000 mg for 10 days. Both of these studies showed that the side effects were limited mostly to headaches – though headaches were seen in similar numbers in the placebo cohorts, too.

In the third study, 4 male and 2 female patients with severe C. difficile infection received a single 3000 mg dose of cadazolid in combination with metronidazole or vancomycin. Again, headaches were common. Fecal samples demonstrated that cadazolid was minimally absorbed and was mostly excreted; leading the researchers to conclude cadazolid is not absorbed significantly from the intestinal tract.

A larger, phase 2 study included 81 patients with first occurrence or recurrent C. difficile infection who were randomized to receive either 250, 500, or 1000 mg of cadazolid twice daily or 125 mg of vancomycin 4 times daily. Each of the cadazolid clinical cure rates was between 68 and 80%. There appeared to be a reduce recurrence rate (18.2 to 25%) compared to vancomycin (50%), leading to an improved sustained clinical response rate for cadazolid vs. vancomycin (46.7 to 60%, vs. 33%, respectively), the researchers added.

In addition to the headaches as a side effect, the phase 2 trial also saw complaints of dizziness, confusion, dyspepsia, and pruritus.

Actelion Pharmaceuticals was expected to complete 2 phase 3 clinical trials (IMPACT 1 and IMPACT 2, enrolling 1260 patients) by February 2017 which would have assessed the safety and efficacy of cadazolid 250 mg twice daily compared to vancomycin 125 mg 4 times per day for 10 days.

They also added that if the phase 3 trials are successful, the next question asked would target how cadazolid compares to fidaxomicin, which will require future research.

The study, titled “Cadazolid for the treatment of Clostridium difficile,” was published in the journal Expert Opinion of Investigational Drugs.