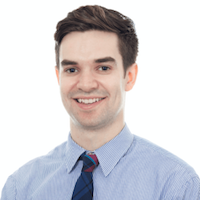 The analysis, led by Michael Fralick, MD, SM, of the Department of Epidemiology at Harvard TH Chan School of Public Health, reiterates a clinical trend reported as recently as this summer. In August, a Denmark-based study of a similar patient population size reported that those who suffer from concussions and/or TBI face a nearly two-fold greater risk of suicide.

This newest assessment involved a systematic search of studies reported from 1963 to May 1, 2017. Investigators included 17 analyses which featured 718,572 patients diagnosed with concussion and/or mild TBI, and 6,974,124 individuals not diagnosed with either neurological condition.

Despite there being a heightened risk of suicide in this patient population, investigators observed that “nearly all patients diagnosed with concussion and/or mild TBI did not die by suicide.” They theorized that abnormal activity on functional magnetic resonance imaging (MRI) as well as abnormal structural connectivity in the brain regions necessary for cognitive and emotional processing—trends noted in recent meta-analyses of mild TBI neuroimaging studies—could explain this trend of depression in individuals exposed to more TBI.

“In addition, multiple neuropathological models have been proposed for how neurobehavioral impairment may occur in the short term and long term after concussion and/or mild TBI,” investigators noted.

The most notable of these—chronic traumatic encephalopathy (CTE)—has been associated with contact sports, concussions and/or mild TBI, and symptoms of depression, anxiety and impulsivity. That said, it’s also been reported in athletes without any history of concussion or mild TBI.

“The lack of a prior documented concussion and/or mild TBI might be because of underreporting of these conditions, but this also raises the possibility that subconcussive events could be sufficient to cause (CTE),” Fralick and colleagues explained.

Making reference to notable former National Football League (NFL) players Junior Seau and Mike Webster—both of whom had previously suffered from concussions in their playing days and subsequently died from suicide years after—as well as to the prevalence of concussions and/or TBI and suicide in military personnel, investigators stressed the significance of their assessment.

“Although there has been anecdotal evidence reported in newspaper reports, movies, and documentaries suggesting a link between concussion and/or mild TBI and subsequent suicide, past studies on the topic have been limited by small sample sizes and conflicting results,” investigators noted.

They also emphasized the high prevalence of both concussions, which occur approximately 4 million times in the US annually—with up to 25% of patients experiencing chronic neuropsychiatric symptoms including anxiety and depression for years after injury.

In an essay accompanying the meta-analysis, Donald A. Redelmeier, MD, MSHR, and Junaid A. Bhatti, MBBS, MSc, PhD, of the Departments of Medicine and of Surgery at the University of Toronto, noted the accumulated findings do not prove causality over correlation.

“Patients who receive a diagnosis of a concussion might have already had a latent psychiatric illness that contributed to the incident and the outcome,” the pair argued. “For example, one shared factor could be alcohol use, which is often poorly identified in medical data. Disentangling such factors is difficult because it is unethical to randomize patients to receive a concussion.”

That said, they added that Fralick and colleagues’ greatest contribution is by creating a comprehensive review of medical science suggesting a significant association between TBI and subsequent suicide risk. Consequently, they advise clinicals use proper terminology and etiquette when diagnosing concussion-like symptoms, and neurologists should be keen to suicide risk and the additional factors involved in suicidality.

After all, they conclude, concussions can be lethal in their own way.

“The major implication of this meta-analysis is to highlight that an acute concussion might add to long-term neuropsychiatric illness,” Redelmeier and Bhatti prose. “Health care needs to focus on the prevention of concussions, although the cost-effectiveness of specific tactics that are based on engineering, education, equipment, or regulation is uncertain.”

The study, “Association of Concussion With the Risk of Suicide,” was published online in JAMA this week.

Click here to sign up for more HCPLive® content and updates.
Related Coverage >>>
Depression Linked to All-Cause and Cardiovascular Mortality
AI Algorithm Identifies if SSRI Will Benefit Patients with Depression
Exercise Could Lessen the Impact of Traumatic Brain Injuries
You May Also be Interested in
Most Popular
The Fear of the Coronavirus, and the Reality of the Flu
Implementing Price Transparency Tools at Ambulatory Care Centers
Depression Linked to All-Cause and Cardiovascular Mortality
Ustekinumab Successful as a Target Therapy for Crohn's Disease
FDA Approves Voltaren Arthritis Pain as OTC Topical Gel for Osteoarthritis