Concerns of Efficacy, Safety Are Barriers to DAA Treatment for Veterans 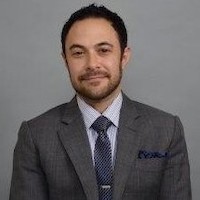 An in-depth interview of veterans with hepatitis C virus (HCV) infection and their healthcare providers revealed reasons for declining or not adhering to direct-acting antiviral (DAA) treatment, despite its provision at little or no cost and the likelihood it would be curative.

Avy Skolnik, PhD, Center for Health Organization and Implementation Research (CHOIR), Edith Nourse Rogers VA Medical Center, Bedford, MA, and University of Massachusetts, Amherst, MA, and colleagues stressed the importance of recognizing attitudes toward HCV treatment in order to optimize outcomes for all patients with HCV, and particularly for veterans.

"This is especially true for veterans with HCV, who are over-represented in the population of individuals living with HCV and who are often contending with co-occurring substance use disorders, depression, anxiety, posttraumatic stress disorder (PTSD), homelessness, and other socio-economic challenges," the investigators indicated.

Skolnik pointed out that while there have been several studies of patient adherence and attitudes toward receiving interferon-based treatments, there are relatively little data regarding the newer DAA treatments.

"I think the finding that some people have difficulty with adherence to the new DAAs is an unexpected one for many clinicians who are well-versed in the improvements of DAAs over interferon. There may be an implicit assumption that adherence challenges should no longer be an issue," he remarked in discussion with MD Magazine®.

"I suspect there is a larger, collective underestimation or perhaps minimization of side effects and other challenges with the newer DAAs because they do represent such an improvement over interferon. It may be that this minimization has also led to relatively little interest in studying adherence with the newer HCV treatment," Skolnik said.

Skolnik and colleagues conducted a qualitative study using semi-structured interviews with patients and their healthcare providers at 3 VA medical centers in the New England region. They described the undertaking as an exploration of patient and provider experiences with HCV treatments, perceptions, and beliefs regarding treatment effectiveness. They also sought to identify factors that serve as either barriers to, or facilitators for completing DAA treatment.

The investigators identified 38 patients to participate in the study, from 66 who were contacted. All patients had confirmed HCV infection; 16 had prior treatment with PEGylated-interferon- or interferon-based regimens and 22 were treatment-naïve. Of 15 providers who were contacted, 10 providers participated in the study, including 5 physicians, 3 clinical pharmacists, 1 nurse practitioner, and 1 registered nurse.

Skolnik and colleagues identified 5 themes emerging from the patient interviews and noted that 3 of these were also prominent in the provider interviews. They found that all treatment facilitators described by providers were corroborated by patients. Each of the identified facilitating factors contributed to treatment completion by increasing the patient's willingness to initiate treatment, improving adherence to the medication, or decreasing missed appointments.

"Providers in our study discussed the difficulty in convincing patients who had experienced interferon to initiate the new medications, as these patients were quite wary of side effects," Skolnik recounted. "In response, providers emphasized the improved side effect profile of the newer medications and, in the case of treatment-experienced patients in our study, this was a good strategy."

"Treatment-experienced patients had few complaints about side effects, but the same was not true of the treatment naïve group in our study; many of whom expressed feeling unprepared for side effects," Skolnik added.

Skolnik noted that many veterans had some level of distrust of providers from past experiences, such as the difficult vaccination procedures implemented during the Vietnam era. He emphasized the importance of providers attending to the relationship with their patients.

"This is important because two key adherence-promoting factors identified in our study were a positive patient-provider relationship, and feeling hopeful that the treatment could be curative," Skolnik related. "Lacking that trust could be a barrier to treatment initiation and could decrease one's motivation to remain adherent for the duration of treatment."