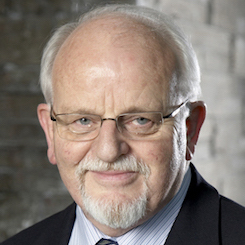 Malcolm Sears, MB, FAAAI
New research is shedding additional light on the complicated way in which allergic sensitization and atopic dermatitis are linked to higher rates of asthma and food allergies.

The study, based on analysis of 2,311 children enrolled in the Canadian Healthy Infant Longitudinal Development (CHILD) Study, found infants who had both atopic dermatitis and allergic sensitization were 7 times more likely to develop asthma by age 3. It also found that while atopic dermatitis and allergic sensitization individually raise the risk of hay fever, children who have both conditions are 12 times more likely to have hay fever.

Malcolm Sears, MB, FAAAI, founder of the CHILD Study and senior author on the new study, said the new research helps paint a more detailed picture of the links between these symptoms.

“The connection between atopic dermatitis, allergy, and asthma is at one level straightforward but is likely much more complex,” he told MD Magazine.

Sears said hay fever and asthma are dependent on allergens like pollen and pet dander, which stimulate the immunoglobulin E (IgE) pathway. However, that’s not necessarily the case with atopic dermatitis.

“Atopic dermatitis may also have IgE sensitization, but the name itself is somewhat of a misnomer because many children with ‘atopic dermatitis’... do not in fact have IgE mediated allergies and so are not truly atopic,” he said. “This is the underpinning theme of our paper which indicates that the risk of developing asthma is not simply a matter of having a skin rash called atopic dermatitis or eczema but is dependent on also having IgE sensitization which we detected by skin tests to multiple allergens.”

Sears said IgE sensitization to foods like eggs and cow’s milk often resolves as infants grow up, but when that sensitization persists and appears alongside atopic dermatitis, the risk of developing other symptoms is significantly higher.

The CHILD Study is the same study that found withholding foods like peanuts, cow’s milk, and egg during a baby’s first year might actually increase the risk of allergies to those foods later in life. That research helped reverse what had become conventional wisdom about infant diets.

As for the new study, Sears said it shows that physicians need to be aware that when an infant presents with atopic dermatitis, it often leads to things like hay fever and asthma. If doctors can undertake skin testing early in the child’s life, they’ll have a better opportunity to predict the likelihood of the child developing asthma. If the child shows signs of sensitization to inhalant or food allergens, the doctor should be on the lookout for asthma.

“In that case, early episodes of wheezing may not simply be due to a cold, in which case wheezing is usually transient and there is no long term illness, but in the present of sensitization the child is more likely to go on to have recurrent wheezing and eventually have a diagnosis of asthma,” Sears said.

Unfortunately, while it may now be easier to predict asthma, it’s not yet known how to prevent it.

The study, titled, “Predicting the atopic march: Results from the Canadian Healthy Infant Longitudinal Development Study,” was published last month in The Journal of Allergy and Clinical Immunology.