Complex Regional Pain Syndrome May Not Be Caused by Trauma 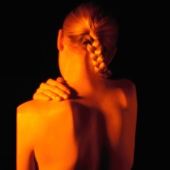 Complex Regional Pain Syndrome (CRPS) could be caused by harmful serum autoantibodies, according to research from the University of Liverpool’s Institute of Translational Medicine. The study led investigators to believe that CRPS is caused by an immune dysfunction, not abnormal brain activity after injury, as previously thought.

In cooperation with researchers from the University of Pecs in Hungary, the scientists successfully transferred antibodies from the serum of patients with CRPS to mice, where they found many of the symptoms to be replicated in the animal models. Some of the symptoms included severe pain lasting for many years, limb swelling, hair and nail growth changes, and muscle atrophy.

“CRPS is a serious condition which isn’t fully understood,” Dr. Andreas Goebel, leader of the study, said in a press release. “The findings of this study hint at a cause for it — harmful serum autoantibodies — and raise the possibility of finding a treatment.”

“It’s quite possible that CRPS is caused by a fault in the immune system,” continued Goebel. “This study seems to pinpoint the cause as autoantibodies, and by examining this area further we can look to develop a cure.”

The investigators also examined mice injected with antibodies from healthy volunteers, and noted significantly fewer CRPS symptoms. In the affected mice, the paws became significantly more sensitive to pressure as well as containing a higher concentration of the nerve-mediator Substance P.

“These results support the hypothesis that autoantibodies may contribute to the pathophysiology of CRPS, and that autoantibody-removing therapies may be effective treatments for long-standing CRPS,” the authors wrote.

Click here to sign up for more HCPLive® content and updates.
Related Coverage >>>
American Gastroenterological Association Releases Guidelines for COVID-19
Add-On Dupilumab Significantly Clears Pediatric Eczema Skin
Early Antibiotics Could Influence Pediatric Asthma Risk
You May Also be Interested in
Most Popular
American Thoracic Society Releases Temporary COVID-19 Guidance
Comparing RT-PCR and Chest CT for Diagnosing COVID-19
Treating Asthma in the Age of the Coronavirus
Flu Cases Near 30 Million in the US, CDC Reports
How to Spot a Bad Doctor