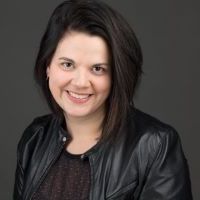 Both popular methods for diagnosing anxiety and other mental health disorders have value, according to a new study.

The Research Domain Criteria is an initiative from the National Institute of Mental Health to guide neuropsychiatry toward precision medicine. The guide was initially created in response to the overlap of clinical manifestations between DSM-IV diagnoses within a category.

It is unknown whether DSM-IV-based and Research Domain Criteria-based analytic approaches provide distinct or similar information regarding the fear circuitry of patients with anxiety disorders.

One example of those issue is when anxiety disorders comprise a DSM-IV category that includes diagnoses that differ from each other but are all characterized by dysregulated fear levels.

Personalized medicine could be better served with the inclusion of both DSM-IV-based and research domain criteria-based approaches because they provide distinct and complementary information.

The cross-sectional study included 114 adults with and without anxiety disorders. The categorical DSM-IV-based approach indicated that patients with an anxiety disorder, irrespective of DSM-IV diagnosis, exhibited hypoactivation in the ventromedial prefrontal cortex during extinction recall.

The study was conducted at the Athinoula A. Martinos Center for Biomedical Imaging at the Massachusetts General Hospital between March 2013 and May 2015. The investigators performed functional magnetic resonance on adults 18-65 years old with specific phobia, generalized anxiety disorder, social anxiety disorder, and panic disorder. The sutyd also included a control group without anxiety disorders.

The investigators measured skin conductance responses and blood oxygenated level-dependent responses during the threat and extinction protocol and performed the categorical analysis by grouping participants based on their primary DSM-IV diagnosis.

The dimensional analysis was performed by regrouping participants, irrespective of their diagnosis based on their skin conductance responses to shock delivery during threat conditioning.

On the other hand, the Research Domain Criteria-based approach revealed that higher arousal to the unconditioned stimulus is linked to higher threat responses during extinction recall (for skin conductance responses, P = .01 and in functional magnetic resonance imaging results, P = .02).

The direct comparison of the 2 methodologies did not yield significant findings, suggesting no overlap between the approaches.

“The data obtained from both approaches indicated complementary yet distinct findings,” the authors wrote. “The findings highlight the validity and importance of using both categorical and dimensional approaches to optimize understanding of the etiology and treatment of anxiety symptoms.”

The study, “Multimodal Categorical and Dimensional Approaches to Understanding Threat Conditioning and Its Extinction in Individuals With Anxiety Disorders,” was published online in JAMA Psychiatry.

Click here to sign up for more HCPLive® content and updates.
Related Coverage >>>
Individual Differences Linked to Antidepressant Response
Jamak Modaresi Esfeh, MD: Finding Hepatic Encephalopathy
Machine Learning Improves Schizophrenia Treatment Success
You May Also be Interested in
Most Popular
The Fear of the Coronavirus, and the Reality of the Flu
Maternal Vitamin D Deficiency Increases Risk of ADHD in Offspring
Hospitalists Taking Advantage of the iPhone
Top 10 Painkillers in the US
Do EMRs Provide Clinically Relevant Information?