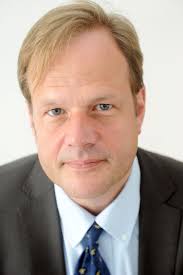 While sitagliptin has been a staple in treatment algorithms for many diabetics since its approval for glycemic control in 2006, a new study from the University of Warwick is exploring use of the therapy as a treatment to reduce and prevent miscarriages.

"There are currently very few effective treatments for miscarriage and this is the first that aims at normalizing the womb before pregnancy,” said Jan Brosens, MD, PhD, professor at Warwick Medical School and consultant in Reproductive Health at University Hospitals Coventry. “Although miscarriages can be caused by genetic errors in the embryo, an abnormal womb lining causes the loss of chromosomal normal pregnancies. We hope that this new treatment will prevent such losses and reduce both the physical and psychological burden of recurrent miscarriage."

To assess whether the use of sitagliptin could increase the amount of stem cells lining the womb, and therefore, improve conditions in the womb to support pregnancy, investigators carried out a double-blind, randomized, pilot trial involving 38 women between the ages of 18 and 42 years old who had experienced multiple recurrent miscarriages. Participants in the study needed to have history of 3 or more miscarriages and regular menstrual cycles.

Participants in the study were randomized to receive either placebo therapy or 100 mg sitagliptin once-daily over 3 consecutive menstrual cycles. Exclusion criteria included a diagnosis of diabetes mellitus and contraindications to sitagliptin including a history of pancreatitis, renal impairment, and others.

The primary outcome of the study was CFU count in midluteal biopsies, which investigators evaluated via CFU assays. Outcome assessments took place at baseline and following completion of 3 cycles with placebo or sitagliptin. Secondary outcomes included endometrial thickness, study acceptability, and first pregnancy outcome within 12 months of the study. An additional secondary analysis assessed post-treatment CFU counts with adjustment for differing characteristics between the placebo and sitagliptin arms.

Furthermore, investigators noted trial recruitment, acceptability, and drug compliance observed in the study were all high. No serious adverse events were noted in the study and analyses demonstrated sitagliptin inhibited the expression of DIO2—a marker gene of senescent decidual cells.

Investigators suggest the results of their trial indicate sitagliptin’s ability to increase eMSCs and decrease decimal senescence. As such, investigators call for a larger clinical trial evaluating potential impacts of preconception sitagliptin treatment on pregnancy outcomes in patients with RPL.

“Although this research was specifically designed to test whether we could increase the presence of stem cells in the womb, follow-up of participants found that there were no further losses of normal pregnancies in those who took sitagliptin,” said Siobhan Quenby, MD, director of the biomedical research unit at Warwick Medical School. “These are very early results and the treatment now needs to be further tested in a large-scale clinical trial.”