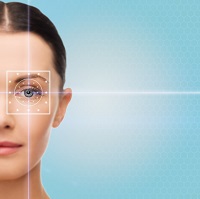 Patients with diabetic macular edema (DME) are more likely to improve with treatment by a combination of ranibizumab and AKB-9778, as compared to treatment with either alone, concludes a study published in Ophthalmology. Another recent study touted the promise of intraocular anti-VEGF drugs like ranibizumab (and bevacizumab) at maintaining or even improving vision and reducing CST for patients with DME, but this study suggests a combination of older and newer treatment methods may yield even better results.

Visual acuity and central subfield thickness (CST) were measured at the study’s outset, and then at four week intervals, for a total of 12 weeks. Secondary outcomes measured included the Diabetic Retinopathy Severity Score (DRSS).


Click here to sign up for more HCPLive® content and updates.
Related Coverage >>>
Study Examines Impact of Menopause Onset on Cardiovascular Risk Factors
Dulaglutide Receives FDA Approval for Reducing MACE in Type 2 Diabetics
Manesh Patel, MD: Lessons Learned from the Beaumont Conference
You May Also be Interested in
Most Popular
The Fear of the Coronavirus, and the Reality of the Flu
Gulf War Mystery: Why Is MS Onset Slower in Gulf Vets?
Fluoxetine Reduces Symptoms for Children with Autism Spectrum Disorders
Top 10 Painkillers in the US
Bempedoic Acid and Ezetimibe Combination Approved by FDA for Lowering LDL-C