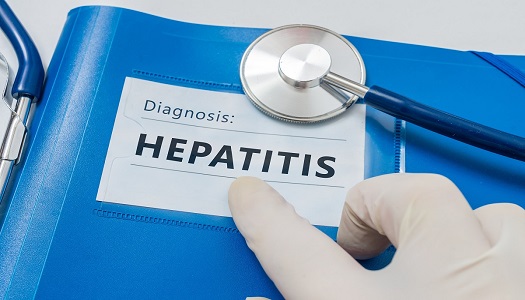 Sofosbuvir and simeprevir, either with or without ribavirin, appears to be a safe and effective treatment for patients with hepatitis C genotype 4, according to a recent study.

Conducted by Delphine Degré, MD, of Université Libre de Bruxelles in Brussels, Belgium and colleagues, the study evaluated the drug combination in a real-world cohort.

Far more research has focused on patients infected with hepatitis C genotype 1 than genotype 4, which the authors said accounts for about 20% of infections worldwide. In some places, though, such as Egypt, genotype 4 is much more prevalent, accounting for as many as 90% of infections.

“However, efficacy and safety data regarding interferon-free regimens in hepatitis C genotype 4 patients are currently scarce,” the authors wrote in PLOS ONE. The objective of the study was to evaluate the safety and efficacy of sofosbuvir and simeprevir treatment in these patients.

The participants in this observational study were enrolled between January and September 2015 and came from 15 referral centers in Belgium. They were treated with sofosbuvir and simeprevir either with or without ribavirin. There was a total of 87 participants; 36 of them had severe fibrosis (41%) and 51 had cirrhosis (59%). All but two patients received 12 weeks of treatment and the remaining two received 24 weeks’ worth.

The sustained virologic response rate at 12 weeks (SVR12) was 87.4%. Of those patients who did not achieve SVR12, five had post treatment relapse, one did not respond during treatment, and five were lost to follow-up. The difference in SVR12 between patients treated with and without ribavirin was small: 89.9% for patients treated with ribavirin, and 87% without ribavirin. The researchers report, “An additional analysis that excluded patients who did not achieve SVR12 for reasons other than virologic failure demonstrated an SVR12 rate of 91.6%.”

Although the use of ribavirin did not appear to increase the rate of SVR12, it did seem to lead to a faster decrease in viral load. Additionally, the researchers did not observe a difference in results in patients with severe fibrosis and those with cirrhosis, but they added, “However, all but one patient who failed to achieve SVR12 were patients with cirrhosis and advanced disease.” This finding is consistent with previous studies.

In this real-world cohort of patients with hepatitis C genotype 4 and severe fibrosis, the combination of sofobuvir and simeprevir was well-tolerated and efficacious. The researchers confirmed that it is “a good therapeutic option.” However, for patients with decompensated cirrhosis, second generation interferon-free combinations would be better.

The study, “Sofosbuvir in Combination with Simeprevir +/- Ribavirin in Genotype 4 Hepatitis C Patients with Advanced Fibrosis or Cirrhosis: A Real-World Experience from Belgium,” was published in PLOS ONE.