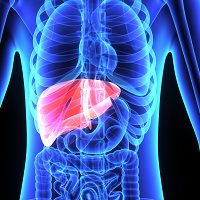 AbbVie announced that its investigational combination drug that targets all major genotypes of hepatitis C had a high success rate in a clinical trial of patients with severe chronic kidney disease, curing 98% of those who received 12 weeks of treatment.

The company released results of its phase 3 clinical trial (EXPEDITION-4) at a meeting of the American Association for the Study of Liver Diseases in Boston. The study evaluated a 12-week treatment of an investigational regimen of glecaprevir and pibrentasvir, a ribavirin-free coformulation under development for treatment of patients with chronic hepatitis C infection across genotypes 1 through 6, according to an AbbVie release.

There are six major strains or genotypes of the hepatitis C virus and some drug makers aim to develop one drug regimen that can treat all of them. Genotype 1 is the most common type in the United States, according to the Centers for Disease Control and Prevention.

“With our investigational, pan-genotypic regimen, our goal is to provide a safe and effective cure to patients across genotypes, including patients with severe chronic kidney disease, regardless of previous treatment status or presence of compensated cirrhosis,” Michael Severino, MD, AbbVie’s executive vice president of research and development and chief scientific officer stated in a news release that accompanied publication of the trial results. “Our clinical development program reflects our ongoing commitment to addressing treatment areas of continued unmet need.”

All patients in the single-arm open-label AbbVie study had severe chronic kidney disease, including 85 who were on dialysis at enrollment and 20 who had compensated cirrhosis. Some of the patients had previous unsuccessful treatment for hepatitis C with variations of sofosbuvir with ribavirin and or interferon, according to the release.

Among the 104 patients in the intent-to-treat analysis who were given the AbbVie investigational drug, there were 102 or 98% who had a sustained virologic response (SVR) 12 weeks after they completed treatment, an indication that the virus is no longer detectable in the blood. The most common side effects included pruritus, fatigue and nausea, the release states.

One patient achieved SVR at four weeks after treatment but died from a serious adverse event of intracerebral hemorrhage, which was considered not related to the investigational drug, the release states. Serious adverse events - none of which investigators considered to be study drug related - were reported in 24% of patients in this arm of the study, and four patients experienced an adverse event that led to their discontinuation of treatment with the study drug.

Click here to sign up for more HCPLive® content and updates.
Related Coverage >>>
Novalung System Granted 510(k) Clearance for Whole ECMO System
Bempedoic Acid, A Non-Statin Lipid-Lowering Agent, Approved by FDA
Novel Nutraceutical Compound Could Help Patients Control Their Hypertension
You May Also be Interested in
Most Popular
The Fear of the Coronavirus, and the Reality of the Flu
Microbiome Markers Linked to Quality of Life for Women with IBS
Top 10 Painkillers in the US
Do EMRs Provide Clinically Relevant Information?
Plant-Based Diet Linked to Improved Gut Microbiome, Cardiovascular Health