Colonoscopies: Fasting May Not Be Necessary 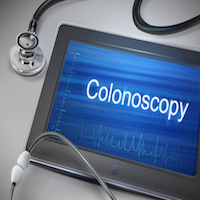 The overwhelming experience of preparing for colonoscopies may no longer have to be tolerated on an empty stomach.

Patients awaiting colonoscopies usually skip all solid foods and maintain a clear-liquid diet while simultaneously taking laxatives the day before the procedure.

A new study, however, reported that people who consumed a limited amount of low-fiber foods were not only happier, but also didn’t suffer any negative effects during their exam.

The researchers found that these patients’ bowels were actually better prepared for the procedure than those who followed traditional clear-liquid diets. Jason Samarasena, MD, assistant clinical professor of medicine, University of California, Irvine, said, “The assumptions about no food on the day before colonoscopy are probably not correct. The clear-liquid diet is very restrictive, and probably too restrictive.”

And, although, the American Cancer Society released colonoscopy-screening recommendations at age 50 for most adults, many avoided the procedure altogether because of the grueling preparation that’s needed.

Maintaining a clear-liquid diet had been considered the norm, specifically to keep the colon clear during a colonoscopy and avoid hard or fibrous-like seeds to clog the scope.

But, this new idea of keeping a low-fiber diet was considered equally viable, allowing patients to eat foods that aren’t likely to remain in the bowel and disrupt the intestinal examination, like macaroni and cheese, yogurt, white bread, lunchmeats, and ice cream.

To test this hypothesis researchers conducted a study with 83 patients, assigning them to either undergo colonoscopies the day after a clear-liquid diet or after a day in which they ate small numbers of acceptable low-fiber foods.

The patients consumed approximately 1,000 to 1,500 calories from a combination of carbohydrates, fat, and protein.

Results showed more of the patients on the low-fiber diet were “adequately prepared” for a colonoscopy and less tired on the morning of the procedure.

How would eating more food actually clear the bowel?

According to Samarasena, eating just stimulates more bowel movements the day before the procedure thus starting the colon-emptying process.

Also, the low-fiber food easily liquefies in the digestive system, therefore still capable of clearing out of the colon. Researchers explained that patients simply should steer clear of high-fiber foods like vegetables, fruits, nuts, seeds, and grains that are often undigested and can significantly interfere with colon exams.

Officials currently estimate more than 134,000 cases of colorectal cancer to be diagnosed in 2016 alone.

While experts urge patients to speak with their physician before changing their colonoscopy prep, they hope relinquishing the traditional rule of fasting would allow more patients to get screened and improve treatment.