Cognitive Behavioral Therapy for Children with Autism and Sleep Disorders 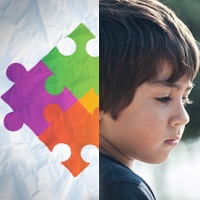 According to researchers at the University of Missouri, family-based cognitive behavioral therapy may be a key factor in treating children with autism spectrum disorder (ASD) who have problems sleeping.

“Sleep problems for any child, but especially children with ASD, may cause issues in behavior and mood as well as impact learning abilities,” said Christina McCrae, PhD, professor of health psychology in the School of Health Professions and director of the Mizzou Sleep Research Lab. “In treating insomnia and other behavioral sleep issues, I have found that there is no substitute for cognitive behavioral therapy; yet, it is still unclear how to best use such therapy for children with ASD who struggle with communication.”

Many previous studies have highlighted the link between behavioral issues in ASD and dysregulated sleep. A study published in the Journal of Autism and Developmental Disorders examined the relationship between specific types of sleep disorders and behavioral problems in 81 children with ASD.

The researchers reported that sleep problems were “significantly associated with physical aggression, irritability, inattention, and hyperactivity,” and that “distinct sets of sleep problems accounted for between 22 and 32% of the variance in behavior problems.” They pinpointed night awakenings as being particularly strongly correlated with daytime behavioral problems.


Continue Reading (Page 2) >>
Click here to sign up for more HCPLive® content and updates.
Related Coverage >>>
Apomorphine Helps Increase On Time Response for Parkinson Disease Patients
Apixaban Bests Warfarin For Stroke Patients with AFib in AUGUSTUS Analysis
French Cohort Data from TST Trial Details Benefit of Lower LDL-C Target
You May Also be Interested in
Most Popular
The Fear of the Coronavirus, and the Reality of the Flu
WHO Prequalifies First Generic Ingredient for Hepatitis C Medicines
Top 10 Painkillers in the US
FDA Approves IV Meloxicam for Pain Management
Bempedoic Acid, A Non-Statin Lipid-Lowering Agent, Approved by FDA