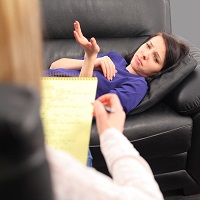 While cognitive behavior therapy (CBT) is widely effective in a plethora of mental health disorders, including borderline personality disorder and schizophrenia, there is less evidence showing the benefits of CBT for patients in the early stages of psychosis.

Investigators, led by Nasrettin Sönmez, Department of Research and Education, Clinic of Mental Health and Addiction at the Oslo University Hospital, examined whether cognitive behavior therapy would reduce depressive symptoms and increased self-esteem when compared to treatment-as-usual (TAU) care.

It is common for patients in early phases of psychosis to struggle with depressive symptoms and low self-esteem.

The investigators examined 63 early psychosis patients who were randomly assigned to either receive a maximum of 26 cognitive behavior therapy sessions or treatment-as-usual care for up to 6 months.

The participants were recruited through the ongoing multi-center Thematically Organized Psychosis (TOP) Study at the NORMENT KG Jebsen Center for Psychosis Research between February 2010 and August 2013.

The team used a linear mixed model for longitudinal analysis with a focus on whether patients in the CBT group or the treatment-as-usual group changed differently to one another between baseline and a 15-month follow-up.

At the conclusion of the study, there were no differences found between the CBT group and the treatment-as-usual group regarding improvements in depressive symptoms measured with Calgary Depression Scale for Schizophrenia (P = .188) or self-esteem measured with the Rosenberg Self-Esteem Scale (P =.580).

On the other hand, patients in the cognitive behavior therapy group improved significantly more on negative symptoms (P = .002) and social functioning (P = .001).

“We did not find CBT to be more effective than TAU in reducing depressive symptoms or increasing self-esteem in patients with early psychosis,” the authors wrote. “However, CBT seems to improve negative symptoms and functioning.”

Cognitive behavior therapy is a well-established psychotherapeutic intervention for psychosis that is recommended by several international guidelines.  There are more than 60 randomized controlled trials examining the efficacy of CBT for patients with schizophrenia and other psychotic disorders.

However, the effect of cognitive behavior therapy for patients in the early phases of psychosis is less examined in randomized controlled trials.

Discovering the effect of this type of therapy on this patient population is essential because patients in the early phases of psychosis could have different treatment needs when compared to patients with multiple episodes and a longer history of illness.

Patients in the early phases of psychosis face a number of symptoms, including hallucinations and delusions. These patients also suffer from several comorbid conditions, such as depression and low self-esteem.

The investigators suggest the study results should be replicated in further studies to confirm the findings.

The study, “Cognitive behavior therapy in early psychosis with a focus on depression and low self-esteem: A randomized controlled trial,” was published online in Comprehensive Psychiatry.

Click here to sign up for more HCPLive® content and updates.
Related Coverage >>>
High-Potency Cannabis Linked to Poor Mental Health
COVID-19 Lockdown Having an Impact on Adolescent Mental Health
Past Outbreaks Shed Light on COVID-19 Psychiatric Risks
You May Also be Interested in
Most Popular
When to Suspect Diarrhea is Symptom of a Clostridium Difficile
FDA Clears Embrace Epilepsy Smartband for Pediatric Use
Off-Label DOAC Use Not Appropriate for LV Thrombi, Increases Stroke Risk
Heart Failure Patients Could Benefit from Palliative Care
High-Potency Cannabis Linked to Poor Mental Health