Coffee's Negative Impact on Heart Health May Be Overstated 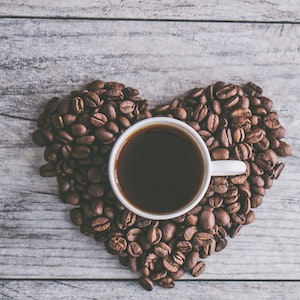 A recent study has challenged conclusions from previous studies that consumption of coffee can be detrimental to heart health.

Investigators presented results of the study, which sought to determine the effects of coffee on arterial stiffness through measuring the aortic dispensability (AoD) and the arterial stiffness index (ASI) in a large population cohort who self-reported coffee drinking habits, at the British Cardiovascular Society Conference in Manchester.

"There are several conflicting studies saying different things about coffee, and it can be difficult to filter what we should believe and what we shouldn’t,” explained Metin Avkiran, BCs, associate medical director at the British Heart Foundation. “This research will hopefully put some of the media reports in perspective, as it rules out one of the potential detrimental effects of coffee on our arteries."

Investigators carried out a cross-sectional cohort analysis on a group of 17,932 participants in the UK Biobank Imaging study who had undergone both cardiovascular magnetic resonance (CMR) imaging and pulse waveform measurements via finger probes. Investigators did not include patients with known CVD or those who self-reported drinking more than 25 cups of coffee per day.

AoD was measured using an automated method to obtain minimum and maximum luminal areas in the ascending and descending aorta from cine CMR images. Investigators calculated ASI by dividing the participant’s height by the time interval between the peaks of the waveform recorded. ASI and AoD outliers were excluded and log transformation of AoD values was performed prior to regression analysis.

Investigators found no increased arterial stiffness between those who drank up to 25 cups per day and those drank 1 or less. Moderate and heavy coffee drinkers were more likely to be male, smokers, and consume alcohol regularly. Investigators noted that there was no significant differences in the systolic blood pressures and heart rates between the groups.

"Despite the huge popularity of coffee worldwide, different reports could put people off from enjoying it. Whilst we can't prove a causal link in this study, our research indicates coffee isn't as bad for the arteries as previous studies would suggest,” explained Kenneth Fung, PhD, lead investigator from Queen Mary University of London.

This study, titled “Effect of coffee consumption on arterial stiffness from UK biobank imaging study,” was presented at the British Cardiovascular Society Conference in Manchester.