Cocoa Compound Found to Have Positive Effect on Diabetes Management 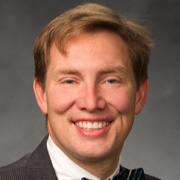 A compound found in cocoa, the main ingredient in chocolate, may help prevent and treat type 2 diabetes (T2D), a new study suggests.

The study, led by Jeffery Tessem (pictured), PhD, assistant professor of nutrition, dietetics, and food science at BYU, showed that the beta cells that produce insulin worked better and remained stronger when epicatechin monomers were raised.

“We found a compound in cocoa that helps beta cells secrete insulin better when they are exposed to increased blood sugar levels,’’ Tessem told MD Magazine. “We showed the mechanism by which this compound modifies the beta cells’ response and allows for insulin to be released with increased glucose exposure.”

Strategies that improve the rate of insulin secretion and promote beta cell viability are of interest because they may help prevent the onset and progression of T2D and aid in managing chronic cases, according to the researchers.

While scientists have studied similar compounds, no one has been able to verify which ones are the most beneficial or to show how they work, the researchers said.

Previous studies have found that cocoa flavanols affect obesity, insulin resistance, and glucose tolerance. In addition, research has begun to demonstrate that decreased functional beta-cell mass is an early and essential step in T2D disease progression. Tessem and his team hypothesized that cocoa flavanols may have beneficial effects on beta-cell function.

To investigate, the researchers fed mice a high-calorie diet. They then gave the rodents the cocoa compound. The epicatechin monomers helped the animals better deal with elevated blood glucose levels and decreased their obesity, according to the study published in the Journal of Nutritional Biochemistry.

The epicatechin monomers proved to be the most bioavailable among several cocoa flavanols as well as the most bioactive, the team reported.

“Ultimately, we believe that this compound could be leveraged as a treatment for pre- and type 2 diabetic patients,” Tessem said. “It could be used to help blood glucose be cleared quicker, which could be beneficial in impeding the transition from pre-diabetic to type 2 diabetic.”

Despite the positive link between the compound and diabetes management, there is certainly no indication that indulging in chocolate will result in the same positive outcome. Chocolate bars have added sugar and fat.

Tessem said the findings could benefit the type 2 diabetic because these individuals still have an appreciable number of beta cells. However, the earlier the regimen is introduced, the better. “Greater long-term effect will be seen with the pre-diabetic individual,’’ Tessem said.