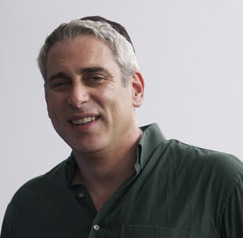 Josh Geffen, MD
An invitation to publish a clinician's perspective on diagnosing and treating adults with attention-deficit/hyperactivity disorder (ADHD) prompted a well-referenced assessment of the prevalence and presentation, along with an impassioned call for clinicians to recognize and help remediate a condition that impairs daily functioning and quality of life.

"In psychiatry, stigma, complexity and occasional controversy are familiar foes," declared Josh Geffen, MD and Kieran Forster, MD, psychiatrists in Brisbane, Queensland Australia. "Our role is to thoughtfully discern disorder through diagnostic complexity and advocate for those living with hidden disability. We have to use our skills to identify and treat adult ADHD, yet remain critical enough to keep diagnostic thresholds meaningful."

"It's important to be mindful of the risks associated with either over-diagnosing or under-diagnosing ADHD," Geffen commented, elaborating on these concerns with MD Magazine.  "Until recently, reports tend to focus on concerns about over-diagnosis, perhaps due to stigma attached to ADHD and stimulant medicines. Addressing unmet need while retaining treatment fidelity should be our goal. Over-prescribing may occur, but a rational examination suggests under-diagnosis and under-treatment is the bigger problem."

Geffen and Forster attribute much of the morbidity associated with ADHD to deficits in cognitive functioning, and in particular executive system function. They point out that these manifest beyond occupational impairment, to impact quality of life, family relationships and social functioning.

"Limitations in this domain have profound consequences for all the important requisites of wellbeing: education, work mastery, relationship success and conflict resolution," Geffen and Forster indicate. "Cognitive dysfunction is often a rate-limiting step in converting hours in therapy to the attainment of a connected and productive life."

Rather than review the diagnostic criteria for ADHD in adults, Geffen and Forster relate their experiences in meeting and assessing patients. They note the initial interview will typically elicit a history of symptoms and accumulated life consequences of ADHD rather than objective signs beyond mild restlessness.

"The characteristic that often strikes the clinician is how hard the patient has worked for many years to counteract their lack of attention and poor concentration. The 'quick and easy 1-stop diagnosis and script' is, in our experience, a prejudicial myth," Geffen and Forster indicate. 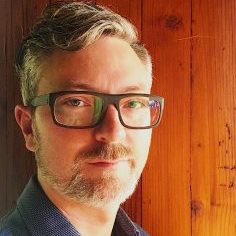 In treating adults with ADHD, Geffen and Forster urge therapists to be flexible, engaging and direct. They recommend avoiding the  neutrality common to some psychotherapeutic approaches in favor of using humor and being demonstrative.

They also advise using prompts for ongoing engagement which may succeed in spite of impaired memory and executive function.  They offer examples such as emailed/texted appointment reminders, and/or programming the appointments directly into the  patient's phone calendar with an alert setting.

"If clinicians let paper leave the office they should not expect to see it again," they warn.

Geffen and Forster recommend combined pharmacotherapy and psychosocial treatment and recognize there is often resistance to psychostimulant medication prescribed for adults, despite being first-line pharmacologic agents with a long history and moderate to large effect size.

Geffen commented to MD Magazine that monitoring to avoid over-diagnosis and misuse of stimulants is reasonable, but that he finds a tendency toward inflated and alarmist claims that are without historical context.

"Doctors need to thoughtfully prescribe based on evidence, and rational assessment of benefit vs risk," Geffen said. "Clinically we should always be cautious, but evidence to date suggests that trends toward increased stimulant prescribing largely result in an increasing proportion of those with ADHD/neurodevelopmental difficulties receiving beneficial treatment."

The clinicians' perspective on treating adults with ADHD was invited by the editors of Th erapeutic Advances in Psychopharmacology and published in the January issue.