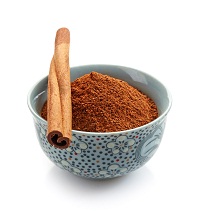 Oral feeding of cinnamon is capable of suppressing multiple sclerosis (MS) in mice models, according to research published in PLOS One.

Researchers from the Rush University Medical Center in Chicago examined the effects of various household spices on mice models of MS, in accordance with a $750,000 grant they were awarded by the National Institutes of Health in 2011. The mice were introduced to the model of MS, called experimental allergic encephalomyelitis (EAE) in mice, and were randomly placed on a scale from 0 = no disease to 5 = moribund. The cinnamon was introduced as a powder in 0.5 percent methylcellulose (MC) and EAE mice were given 100 µL cinnamon mixed MC powder once daily using a needle. After an observation period of 14 days post immunization (dpi), 5 mice per each group were anesthetized and their spinal cords were evaluated for inflammation.

Ceylon cinnamon (Cinnamonum verum), the researchers found, was much more pure than Chinese cinnamon (Cinnamonum cassia), and so it was used in the study. Both are widely available for sale in the United States, the authors commented. Cinnamon, the researchers continued, has a long history of being used medicinally, including for treatments of arthritis, coughing, hoarseness, sore throats, and the like.

Less than half (40 percent) of mice developed EAE, and the EAE mice were treated with different doses of cinnamon powder from 8 dpi. Cinnamon significantly inhibited clinical symptoms, and no decrease in disease incidence was observed at a dose of 25 mg/kg body wt/d. At an increased dose of 100 mg/kg body wt/d, there was a very significant inhibition of clinical symptoms accompanied by a reduction in disease incidence.

“These results clearly demonstrate that cinnamon can ameliorate the ongoing relapsing remitting EAE when administered either early (at the onset of acute phase) or late (at the onset of relapsing disease),” the researchers described an additional result of the study.

The blood brain barrier (BBB) and blood spinal cord barrier (BSB) were also preserved after the treatment of cinnamon in transgenic mice. The investigators used infrared dye in EAE mice and tracked its spread, noting that the dye was strongly inhibited in mice who received the cinnamon treatment. In a similar analysis, the researchers discovered that the cinnamon treatment inhibited infiltration of mononuclear cells, inflammation, and demyelination in the spinal cord of EAE mice.

“These results highlight a novel immunomodulatory role of cinnamon and suggest that this widely-used spice may be explored for therapeutic intervention in MS,” the researchers concluded.

In July 2014, Rush similarly announced that cinnamon can also slow the effects of Parkinson’s Disease as well, citing the effects cinnamon has on the body once it is metabolized.