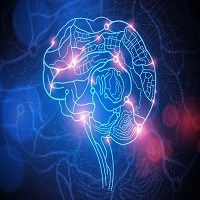 Chronic pain is more than just persistent pain and discomfort; new evidence indicates that the condition changes the patient’s DNA and immunity.

Around 100 million Americans live with chronic pain, according to the Institute of Medicine of The National Academies. So, novel pain relief approaches are definitely needed. An analysis from a research team at McGill University in Montréal, Québec, may have discovered a new target for analgesia.

The researchers hypothesized that chronic pain impacts epigenetic mechanisms in the brain and immune system, as detailed in Scientific Reports. They looked at the DNA from brains and white cells of rats nine months following nerve injury in the prefrontal cortex. By using marking with a chemical called a methyl group, which helps regulate how genes work, they were able to map out the DNA. The researchers evaluated 2,548 genes and determined their levels of degree – the higher the degree seems to indicate its importance. Out of all of the genes, 409 (16%) of them have a degree of at least five and about 1,835 (72%) had at least a two.

“We found that chronic pain changes the way DNA is marked not only in the brain but also in T cells, a type of white blood cell essential for immunity,” Moshe Szyf, PhD, a professor in the Faculty of Medicine at McGill, said in a news release.

This chemical marking strategy is part of epigenetics, a field which focuses on turning genes “on” and “off” in order to rewire the way they work. Through this analysis the researchers were able to uncover the devastating impact of chronic pain on DNA.

“We were surprised by the sheer number of genes that were marked by the chronic pain – hundreds to thousands of different genes were changed,” Szyf explained.

Not only do these findings highlight genes that are associated with chronic pain, but they offer targets for future analgesics.

Click here to sign up for more HCPLive® content and updates.
Related Coverage >>>
Neurodegenerative Biomarkers in Cerebrospinal Fluid Not Linked to Narcolepsy
Jamak Modaresi Esfeh, MD: Finding Hepatic Encephalopathy
No New Recommendations for Cognitive Screenings in Older Adults
You May Also be Interested in
Most Popular
The Fear of the Coronavirus, and the Reality of the Flu
Maternal Vitamin D Deficiency Increases Risk of ADHD in Offspring
Hospitalists Taking Advantage of the iPhone
Tonsil Removal Surgery Could Have Negative Impact on Patient Immune System
Navy Medicine: A Strategic Roadmap for Implementing a Virtual Mental Health Program