Migraine More Severe Than Other Chronic Pains, But Treatable With Surgery 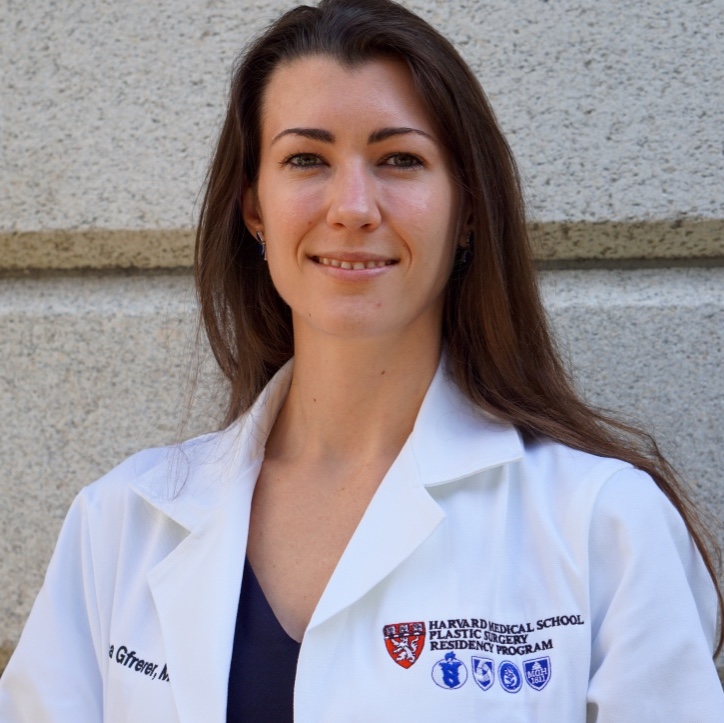 Lisa Gfrerer, MD, PhD
Migraine patients suffer more than nearly all other chronic pain patients according to a new study from what may be considered an unlikely place—plastic surgeons at Harvard Medical School.

In 2000, Bahman Guyuron, MD, a plastic surgeon in Cleveland, Ohio, performed forehead restoration surgery on a patient. Later, that patient reported that she’d stopped experiencing migraines. Building on this observation, Guyuron hypothesized that migraine pain could be caused by nerves trapped between muscles, bones, and fascia.

Since then, he and other plastic surgeons, including Lisa Gfrerer, MD, PhD, a resident at Harvard Plastic and Reconstructive Surgery in Boston, Massachusetts, have been providing surgery to migraine patients who have exhausted other treatment options.

For years, doctors have used a standard migraine scale to assess patients’ pain. They use a migraine-specific scale to judge how much a patient improves after different types of treatment ranging from medications to botox injections. But lead author Gfrerer wondered if these scales were sufficiently gauging her surgery patients’ experiences.

“What we really wanted to look is at how their function improves because we feel like that is the most important thing for patients. It's not whether they have a headache 20 times a month or 50 times a month,” she said. “It's about how can they function in their daily lives?”

She and her team gave patients both the standard migraine questionnaires and the Pain Self Efficacy Questionnaire (PSEQ,) a questionnaire designed to measure function in other types of pain patients, to measure how their pain impacted their daily lives.

The team found that before surgery, migraine patients struggled to function more than any other type of pain patient. “They're really in tremendous pain,” Gfrerer said. “They really can’t do a lot because they're so disabled by their migraine.”

After completing both questionnaires, 90 patients underwent migraine surgery at Massachusetts General Hospital and were assessed again a year later. The mean PSEQ score was 18.2 ± 11.7.

According to the study, the patients who underwent surgery improved in their daily functioning by an average of 112% (P <.01). “That’s huge,” Gfrerer said.

Using surgery as a treatment for migraines is still controversial. Some neurologists would never have their patients with migraines screened for surgery. But Gfrerer says that over the past few years that’s started to change, thanks to increased evidence for extracranial sources of migraine.

Marc Lenaerts, MD, FAHS, an associate professor of clinical neurology at the University of California at Davis, who also researches migraines but was not involved in the study, is not quite convinced. He wants to see more research, ideally, a randomized study with controls.
Nonetheless, both researchers agree that the study’s biggest takeaway is the measurement of just how much pain migraine patients are experiencing.

“Your brain is intact and so you may feel that people [with migraines] should be functioning better because there's no structural damage,” Lenaerts said. “[The study] highlights a tool that may, in the future, bring more awareness and more insight into the functional disability of migraine nerves.”

Lenaerts added that he’d like to see more studies conducted with the PSEQ.

The study, “Ability to Cope with Pain Puts Migraine Patients in Perspective,” was published in Plastic and Reconstructive Surgery.

Even more resources pertaining to headaches and migraines can be found on MD Magazine's new sister site, NeurologyLive.