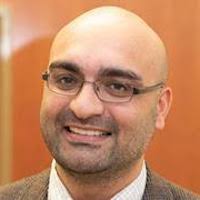 A chronic kidney disease diagnosis could spell trouble for patients by increasing the risk of heart disease and heart failure.

A team, led by Navkaranbir S. Bajaj, MD, a University of Alabama at Birmingham assistant professor in the Division of Cardiovascular Disease, Department of Medicine and Department of Radiology, investigated the relations between chronic kidney disease, coronary microvascular dysfunction (CMD), cardiac dysfunction, and adverse cardiovascular outcomes.

Of the 352 patients in the study, 35% had an estimated glomerular filtration rate (eGFR) of greater than 60 ml/min-1/1.73m-2, a median left ventricular ejection fraction of 62%, and a median coronary flow reserve (CFR) of 1.8. The investigators found eGFR and CFR was associated with diastolic and systolic indices, as well as future cardiovascular events (all P <.05).

Cardiac dysfunction and cardiovascular events are common in patients with chronic kidney disease without overt obstructive coronary artery disease. However, the mechanisms of this connection are poorly understood.

Coronary microvascular dysfunction is thought to be a link between abnormal renal function and impairment of cardiac function and cardiovascular events.

Following death, blood vessels in a healthy heart looks like a tight filigree network that fills the heart muscle tissue.  However, diseased postmortem hearts lose much of the network.

The blood vessels are too small inside the heart muscle to be visualized in living patients.

Patients free of overt coronary—which was defined as a summed stress score greater than 3 and without a history of ischemic heart disease—valvular, and end-organ disease were followed up for the adverse composite outcome of death or hospitalization for myocardial infarction or heart failure.

The patients were followed for a median of 4.4 years for major adverse cardiac events, with a total of 108 patients suffering from a major event, including death and hospitalization for non-fatal heart attack or heart failure.

Earlier this year, investigators presented data from a community-based study, which included more than 9000 US adults and a median follow-up of 17.5 years, that showed patients with cardiovascular disease had a higher risk of kidney failure, with heart failure patients at an 11.4-fold increased risk of developing kidney failure.

Click here to sign up for more HCPLive® content and updates.
Related Coverage >>>
Study Examines Link Between Folate Levels and CV Risk in RA Patients
Neurodegenerative Biomarkers in Cerebrospinal Fluid Not Linked to Narcolepsy
Bempedoic Acid and Ezetimibe Combination Approved by FDA for Lowering LDL-C
You May Also be Interested in
Most Popular
The Fear of the Coronavirus, and the Reality of the Flu
Do EMRs Provide Clinically Relevant Information?
MDNN: CVS Health Buys Aetna, D-cycloserine for Tuberculosis, Unsafe Abortions, and Childhood Obesity
The Art of HANDOFFS: A Mnemonic for Teaching the Safe Transfer of Critical Patient Information
PICCs Linked to Increase of Blood Clots in Children