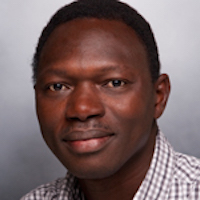 Ousseny Zerbo, PhD
New research in JAMA Pediatrics suggests that children with autism spectrum disorder (ASD) and their siblings are significantly less likely to be vaccinated, putting them at an increased risk for vaccine-preventable diseases.

Led by Ousseny Zerbo, PhD, from the Kaiser Permanente Vaccine Study Center in Oakland, California, the investigators examined vaccination rates for the recommended vaccines in children aged 11-12 years. Those with ASD were fully vaccinated at a more similar rate of 77.5%, but still lower compared to the 76.9% rate for those without ASD (adjRR, 1.00; 95% CI, 0.97-1.04).

"These findings suggest that children with autism and their younger siblings may be at greater risk of vaccine-preventable diseases," Zerbo told MD Magazine. "Vaccine hesitancy or refusal may play a role in children not getting properly vaccinated."

The proportion of children with ASD receiving individual recommended vaccinations was also lower than their peers without ASD. Patients with ASD received vaccines for diphtheria and tetanus toxoids and acellular pertussis (89.1% vs. 96.6%), inactivated poliovirus (87.5% vs. 95.9%), measles, mumps, and rubella (84.0% vs. 95.9%), and varicella (96.3% vs. 98.9%) at lower rates.

As the highest rates of under-vaccination were among the siblings of children with ASD, the investigators noted it “suggests that some parents consider the potential risks of ASD associated with vaccination to be greatest at these younger ages at which more vaccines are recommended.” Their parents limited the number of vaccinations they received at a rate of 6.8% higher than their peers (P <.001).

Zerbo and colleagues wrote that while they could not account for every factor that contributed to vaccine reluctance, they suggested that the study results indicate parental refusal plays a role. They noted that previous research has reported that “a large proportion of parents of children with ASD consider that vaccines contributed to their child’s ASD,” which has led to vaccination discontinuation—underscoring a need for new strategies to address vaccine hesitancy for parents of children with ASD.

“Now more than ever before, vaccine reluctance has become a standard topic for podium presentations,” Michael Grosso, MD, the medical director and chairman of the department of pediatrics at Huntington Hospital, told MD Magazine. “It’s become a subject of scholarly research, not only to understand the epidemiology of vaccine reluctance but also more recently to identify tested strategies for countering that with education and relationship-based interventions.”

The study conducted by Zerbo and associates was limited in some regards. ASD diagnoses were defined from automated diagnostic codes, and medical record reviews were not conducted, although that specific limitation was addressed by requiring 2 codes, appearing on separate days, for ASD. Additionally, the authors noted that the while the overall cohort was large, the sample size for younger siblings aged 11-12 years was small, limiting the power of the observed differences.

The study, “Vaccination Patterns in Children After Autism Spectrum Disorder Diagnosis and in Their Younger Siblings,” was published JAMA Pediatrics.

Click here to sign up for more HCPLive® content and updates.
Related Coverage >>>
Baloxavir Effective in Preventing Spread of Flu
Investigators Test Treatment Regimens for Psychiatric Disorders with Insomnia
Childhood Sleep Issues Foreshadow Psychosis, Borderline Personality Disorder
You May Also be Interested in
Most Popular
Denise Daley, PhD: Early Asthma Interventions for Infants
How to Spot a Bad Doctor
Top 10 Painkillers in the US
Flu Cases Near 30 Million in the US, CDC Reports
Respiratory Failure Deadlier When It Happens in Hospitals