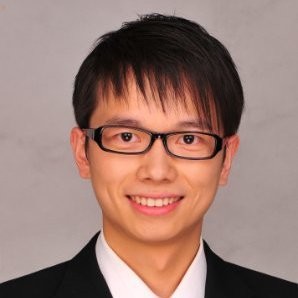 Children born to mothers with diabetes could be at an increased risk of developing cardiovascular disease before the age of 40 based on the results of a new study from Europe.

To further detail potential associations between maternal diabetes and early onset cardiovascular disease in offspring, investigators designed an observational cohort study using national registry data of children born without congenital heart disease in Denmark from 1977 to 2016. For the purpose of the analysis, investigators followed patients from birth until the first diagnosis of cardiovascular disease, death, emigration, or December 31, 2016—whichever occurred first.

Analyses revealed children born to mothers with diabetes had a 29% increased overall rate of early onset cardiovascular disease compared to those born to mothers without diabetes (HR: 1.29, 95% CI: 1.21 to 1.37). When assessing by type of diabetes, investigators found both pregestational diabetes (1.34 (1.25 to 1.43)) and gestational diabetes (1.19 (1.07 to 1.32)) were associated with increased rates of cardiovascular disease.

“Our study provides evidence that children of mothers with diabetes, especially those with a history of CVD or with diabetic complications, had increased rates of early onset CVD throughout the early decades of life. These findings highlight the importance of effective strategies for screening and preventing diabetes in women of childbearing age," investigators wrote.

This study, titled “Maternal diabetes during pregnancy and early onset of cardiovascular disease in offspring: population based cohort study with 40 years of follow-up,” is published online in The BMJ.

Click here to sign up for more MD Magazine content and updates.
Related Coverage >>>
Pediatric Primary Care Visits Declining Since 2008
JUUL Use Significantly Jumped Among Young US Adults Since 2018
Marijuana Use Prevalent Among Cardiovascular Disease Patients
You May Also be Interested in
Most Popular
Medical Marijuana Could Improve Sleep Quality for Chronic Pain Patients
What Should I Do With This Abnormal ALT?
Top 10 Painkillers in the US
FDA Approves Teprotumumab for Thyroid Eye Disease
Ligelizumab Improves Chronic Urticaria Symptom Control Versus Omalizumab