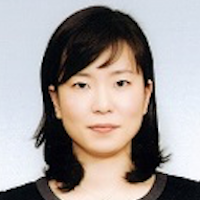 Being overweight or obese at 3 years old presents a higher risk of the same physical trait at 15 years old, according to new findings.

Investigators based in Japan studied more than 1500 mother-child pairs and found that being overweight or obese at 3 years old was associated with more than four-times higher risk at 15 years old.

The team, led by first author Satomi Yoshida, PhD, from the pharmacoepidemiology department at Kyoto University, sought to learn the correlation between obesity or excess weight at 3 years old and 15 years old. The investigators also examined whether there was an association between maternal prepregnancy excess weight or obesity and the same trait in children at 15 years old.

In Japan, health check-ups are conducted from birth to age 3 years old to measure growth for the age of the child. During the visits, healthcare professionals record body weight, height, and physical and mental development data. School health check-ups occur annually for 15-year-old students.

Maternal pregnancy data were collected by self-administered questionnaires during early pregnancy. The data included maternal age at birth, height, and body weight, along with other demographic and lifestyle factors.

Early intervention for children who are overweight or obese could help prevent obesity in adolescence, the investigators concluded. Modified lifestyle factors and eating habits could be beneficial.

The study, “Association of maternal prepregnancy weight and early childhood weight with obesity in adolescence: A population-based longitudinal cohort study in Japan,” was published online in the journal Pediatric Obesity.

Click here to sign up for more MD Magazine content and updates.
Related Coverage >>>
Bipolar Disorder Symptoms Delayed After Family Psychotherapy
Adam B. Hill, MD: Improving Public Mental Health Care
Certified Nurse-Midwives Improve Pregnancy Outcomes
You May Also be Interested in
Most Popular
What We Learned About Depression in 2015
Top 10 Painkillers in the US
Top 10 Most Bizarre Health Stories of 2015
Do EMRs Provide Clinically Relevant Information?
What We Learned About Psoriasis in 2015