Childhood ADHD Increases Risk of Substance Use in Early Adulthood 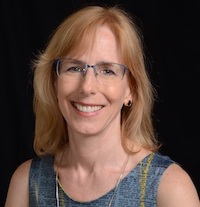 Brooke Molina, PhD
A new study, published in January in The Journal of Child Psychology and Psychiatry confirms what many doctors and researchers have long suspected — children diagnosed with attention-deficit/hyperactivity disorder (ADHD) are at higher risk for substance use in adolescence and early adulthood.

Despite the fact that many experts suspected that children with ADHD might be at higher risk for substance use later on, the literature has been inconsistent. Brooke Molina, PhD, Professor of Psychiatry at the University of Pittsburgh School of Medicine and her team, took advantage of the large prospective sample of children from the Multimodal Treatment Study of Children with ADHD (MTA).

“The big point with this particular population is that now we understand, for sure, that their risk starts to show up at a pretty young age," Molina said. “So rather than sitting around and waiting for them to become severely involved with drugs or alcohol, the crucial thing to do is to start monitoring them at a young age and stay involved.”

The average age of the 547 children diagnosed with ADHD was 8 years of age, and were compared to 258 classmates without ADHD. The students were evaluated 8 times throughout the course of 16 years, starting around age 9 and ending around age 25 in order to determine the efficacies of 4 different ADHD interventions. The participants filled out questionnaires about their substance use during these evaluations. The survey included questions about frequency of use and age at first use of alcohol, marijuana, prescription drugs and others.

Researchers found children that had been diagnosed with ADHD were more likely to be regular users of marijuana and cigarettes in early adulthood. There was no increased risk for other classes of substances such as alcohol, cocaine or prescription stimulants. The children diagnosed with ADHD were also more likely to begin substance use at an earlier age and escalate more quickly to frequent use.

Of particular importance, the team noted that 33% of adults with childhood ADHD were weekly marijuana users compared to only 21% of those without the diagnosis. Findings concluded that those with ADHD used marijuana at double the rate (22% vs. 11%). As marijuana is legalized and more readily available in many states, it’s especially important to consider the long-term effects of its use upon ADHD patients.

Since the study only followed participants through the age of 25, future studies will need to study behaviors further into adulthood. People in this age group have the highest rates of substance use, regardless of ADHD diagnosis. It will be important to determine whether or not ADHD patients outgrow this risk, as most individuals without an ADHD diagnosis eventually decrease their use.

The study highlights a need for a better understanding of interventions that can prevent risky behavior in children and adolescents with ADHD. For now, Molina emphasizes that parental involvement and interventions tested in normal populations should be useful.

“There are quite a few evidence-based methods out there for addressing risk for substance abuse," Molina said. The interventions, “such as working with families, and interventions to improve school performance, and social functioning, and coping skills simply have not been well studied in this particular type of population.”

The study, "Substance use through adolescence into early adulthood after childhood-diagnosed ADHD: findings from the MTA longitudinal study" was published in The Journal of Child Psychology and Psychiatry in January 2018.