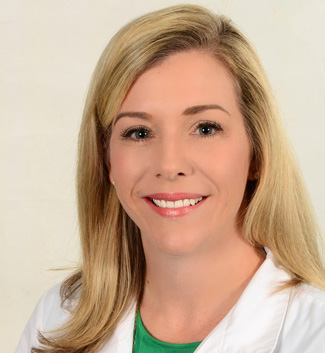 From therapeutic options to specialty team makeup, there’s been gradual changes in dermatology since the early 2000s. Though it’s been markedly significant for patients with psoriasis, there’s anticipation that patients with other conditions in the specialty will be affected soon as well.

In an interview with MD Magazine®, Melissa Davis, PA-C, of the Associates in Dermatology in Louisville, shared her perspective on switching from primary care to dermatology, the current team makeup of a specialty practice, and how therapies will shape the future of major conditions.

MD Mag: How exactly has the personnel and staffing of a dermatology team changed in recent years?

Davis: So, I've been a PA for 13 years, and I worked in primary care before I worked in dermatology. For me, I feel like there's always been a great team-based approach with the physicians that I work with. And I don't know that I've seen a dramatic change in that. In the practices that I work in, I feel the team sense of just working amongst each other.

MD Mag: Regarding primary care, what is their role in managing referrals, treatment, and coordination with specialists?

Davis: I think we get a lot of referrals from primary care. But I also think we have a lot of patients who just take the initiative to reach out to see a dermatologist, because they're taking a hold of their medical care of themselves. If they don't need a referral, then they're able to just reach right out and make an appointment with our practice to be seen.

MD Mag: The advancement of research into the role of inflammation in dermatologic conditions has led to the adoption of pathway-targeting therapies that have revolutionized treatment. Do you consider this to be the greatest clinical advancement made in the field?

Davis: I think so. I think back to when I switched over from primary care, and the drugs that I had available—specifically for psoriasis. I had 3 options, really. There were a few more, as far as biologics go, and now I think we have 11. So, those changes in that have been really drastic.

And yes, I think you're right: looking at the information that we have that shows the systemic inflammation and the auto-inflammatory nature of psoriasis—it’s being able to look at that as a whole and seeing how that impacts the patient, and how we go back to working with all the other specialties and primary care, making sure that our patients are connected to the right people.

That way, we're not just treating their skin, but we're realizing, ‘Hey, if they have psoriasis, this could be creating inflammation inside of their body and could affect their cardiovascular health,’ and we’re making sure that we're addressing that as well when we're taking care of them.

MD Mag: Regarding psoriasis, it seems the expectation of best patient outcome has changed with newer therapies in recent years.

Davis: The primary endpoints in studies have switched from PASI 75 to 90. So, I think when you look at that, you say that used to be kind of the gold standard, and now we've moved that up to PASI 90. Yeah, I think what we can achieve for patients, and also what patients expect, is different because of that.

MD Mag: What will be our next great advancement in dermatological care?

I think that's one area. There certainly could be other ones, but that is one to keep a pulse on: seeing all the drugs that are coming for that.

Click here to sign up for more MD Magazine content and updates.
Related Coverage >>>
Postpartum Depression Linked to Pediatric Dermatitis
The 10 Most Read Articles of 2019
FDA Approves New Treatment for Acne Vulgaris
You May Also be Interested in
Most Popular
Miscarriage Associated with High Levels of Post-Traumatic Stress
Medical Marijuana Could Improve Sleep Quality for Chronic Pain Patients
FDA Approves Teprotumumab for Thyroid Eye Disease
Top 10 Painkillers in the US
What Should I Do With This Abnormal ALT?