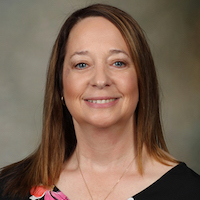 In an effort to fill the obstetrician shortage, 1 health system has a collaborative care model led by certified nurse-midwives which improved overall outcomes.

Mayo Clinic Health System – Franciscan Healthcare in La Crosse, Wisconsin, implemented the collaborative care model to address the lack of obstetricians. Health system representatives reported that implementing the care model in 2014 has led to a 4% decrease in admissions to the neonatal intensive care unit (ICU) and reduced the rate of cesarean section birth and vaginal operative deliveries.

There is an increasing shortage of obstetricians due to unpredictable work hours, Theresa Hagen, CNM, and Laura Harkness, CNM, MSN, investigators from Mayo Clinic Health System – Franciscan Healthcare, said in an interview with HCPLive®. Obstetricians often become quite fatigues and face 1 of the highest rates of burnout of any specialty.

New and innovative approaches are needed to serve the needs of the patient and increase collaboration.

At the health system, patients schedule a visit for prenatal laboratory tests and choose their primary obstetric provider and set up their first prenatal visit. Patients also learn about the collaborative care model and, if they continue to be at low to moderate risk based on American College of Nurse-Midwives criteria, a midwife will manager her during antepartum, intrapartum, and postpartum. The patient has the choice to participate in the model or choose their specific obstetric provider instead.

The collaborative model ensured a certified nurse-midwife was in the hospital around the clock and that generalist obstetricians were on call when needed.

The collaborative care model also resulted in a shorter length of stay in the hospital for new parents, Hagen and Harkness said.

Providers also took into account the patient’s preference 99% of the time. Responsiveness also achieved a top-box score of 99%.

The certified nurse-midwives likely reported higher satisfaction than obstetricians because the midwives would have a 24-hour shift to stay with the patient rather than 8 or 12, Hagen and Harkness said. Obstetricians could be out and then have to get called back to the hospital.

For other health systems, a collaborative care model would require enough midwives to sustain and see improved outcomes, they said. The model can be cost-effective because in an obstetrician-laborist model, you would need 1000 deliveries per year to break even financially, and midwives cost less to an institution than obstetricians.

Click here to sign up for more HCPLive® content and updates.
Related Coverage >>>
Study Examines Impact of Menopause Onset on Cardiovascular Risk Factors
ACR Releases First Guidelines for Reproductive Health in Rheumatic Diseases
Young Mothers Face More Mental Health Hurdles
You May Also be Interested in
Most Popular
The Fear of the Coronavirus, and the Reality of the Flu
Top 10 Painkillers in the US
Bempedoic Acid and Ezetimibe Combination Approved by FDA for Lowering LDL-C
Do EMRs Provide Clinically Relevant Information?
MDNN: CVS Health Buys Aetna, D-cycloserine for Tuberculosis, Unsafe Abortions, and Childhood Obesity