Celiac Disease Prevalent Among US Patients of Punjabi Descent 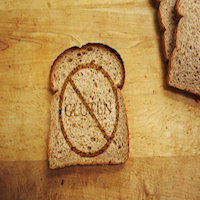 Celiac disease prevalence is highest among US patients originally from the Punjab region of India, according to new research published in Clinical Gastroenterology and Hepatology.

Typically, when patients exhibit signs of celiac disease, physicians will conduct biopsies from the small intestine to assess any damage to the intestinal wall.

For this study, Benjamin Lebwohl, MD, Herbert Irving Assistant Professor of Medicine and Epidemiology, Celiac Disease Center, Columbia University Medical Center, New York, NY, and colleagues aimed to understand the prevalence of duodenal villous atrophy (a key diagnosis to finding celiac disease) among patients of different ethnicities throughout the US.

Lebwohl and team examined more than 400,000 intestinal biopsies and identified patients with celiac disease based on the presence of villous atrophy in the small intestine.

According to the results, the research team discovered:

Lebwohl remarked in a news release, “While celiac disease was previously thought to be a disease predominantly affecting Caucasian Europeans, it is now recognized as one of the most common hereditary disorders worldwide. Our findings help shed light on the distribution of celiac disease in the US and will aid gastroenterologists in.”