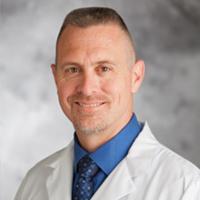 Approximately 10% of US residents at least 18 years old report falling each year, which can cause serious injuries and death, particularly in the older age groups.

Unintentional falls are currently the second leading cause of traumatic brain injury-related deaths.

The study authors analyzed data from the National Vital Statistics System multiple-cause-of-death database on death certificates filed in 50 states and Washington DC. To determine the incidence of fall-related traumatic brain injury deaths among US residents by year, state of residents, and decedent characteristics such as sex, age group, race and ethnicity, and urban or rural residence classification status.

The investigators used an initial screen for International Classification of Diseases, Tenth Revision (ICD-10) underlying-cause-of-death codes in the range W00–W19 to identify cases, indicating an unintentional fall as the underlying cause of death.

A fall-related death was labled a TBI death when any of the ICD-10 multiple-cause-of-death codes indicated a TBI-related diagnosis.

The new findings are consistent with recent finding from a CDC surveillance report, which estimated a 22% increase in fall-related deaths between 2006-2014.

The rates have increased most drastically in individuals older than 75.

Steve Erickson, MD, concussion expert at Banner-University Medicine Neuroscience Institute, explained in an interview with HCPLive® that some of the reasons the older population are more impacted by falls.

“The finding that more older people are dying of traumatic brain injury from fall is probably due to the fact there's more people on blood thinners and people are living longer,” Erickson said. “[They are] more likely to get a subdural [hematoma] and if more people on blood thinners for other conditions, like cardiovascular conditions, blood clots and those kinds of things, then they're even more susceptible.”

However, some newer blood thinners are more selective and ultimately better for preventing falls.

Ultimately, the fall-related death rate decreased only in 2 of the 51 jurisdictions included in the study, while corresponding age-adjusted rates increased in 45 of the 49 jurisdictions that saw an increase.

Erickson said physical therapy to strengthen the core and lower extremities could be particularly beneficial in lower the fall rate.