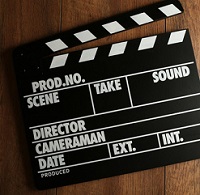 But  practicing such pre-exposure prophylaxis (PrEP) is far from the norm in the adult film industry, a US Centers for Disease Control and Prevention report finds—even though these actors often do not use condoms.

One infected actor could easily become a “patient zero”, spreading HIV infection to many sex partners across the globe.

That may have already happened.

In an investigation detailed today in a CDC report, Jason Wilken, PhD, and colleagues report on a 25-year-old man who works in adult films. Though he was regularly tested for HIV, he had unknowingly become infected and in a 22-day period before an HIV test turned up positive, he passed the virus on to another performer and a second sex partner outside the workplace.

“This is the first well-documented work-related HIV transmission among male adult film performers,” Wilken wrote in his report.

The case tally could be higher. During those 22 days, the patient had condom-less sex with a total of 12 male performers, five other sex partners whom he was able to name, and “additional partners for which no locating information was provided.”

The states involved were California, Florida, Georgia, Indiana, Michigan, New York, and Texas. The countries were not named.

None of the sex partners the CDC interviewed in contact tracing were practicing PrEP, the authors said.

In addition to the public health issues illustrated by the case, workplace safety is also a concern, Wilken wrote.

The federal Occupational Safety and Health Administration (OSHA) does not specifically require these performers to take precautions regarding exposure to HIV, despite the risks they are exposed to in their work.

The authors argue that federal OSHA should enact tougher regulations..

“The adult film industry is well suited for implementation of combination HIV prevention strategies, including biomedical and regulatory interventions,” they wrote. Those should include the use of PrEP, in addition to consistent and regular use of condoms.

Condom use is mandatory for adult film workers under a local law in Los Angeles County, CA.

California's state OSHA enacted such a law last year. Under that law, condoms and other barriers like dental dams are considered protective equiptment to prevent exposure to blood-borne pathogens and are mandatory.

It is not yet clear how well the law is being followed or enforced, though the state has a web site urging actors to report violations.

Elsewhere,  performers remain under pressure from the makers of some of these films to perform sex acts without condoms.

“Testing [for HIV] alone is not sufficient to prevent occupational HIV transmission,” since the virus can be transmitted during a 14-day period before a test will be positive.

Editor's note: responding to this article, Gen Kenslea of AHF Worldwide in Los Angeles stressed that the CDC's recommendations include mandatory condom use, and made these comments:
The California Code of Regulations Title 8 Section 5193 has been [in effect] in California since the early 1990s. Section 5193 is the Bloodborne Pathogens Standard for the state that mandates barrier protection (e.g., condoms) for employees who may be exposed to blood or other potentially infectious materials (e.g., HIV).
What you are citing in your article is a press release by AHF regarding a Cal/OSHA appeals court decision to affirm a citation issued to an adult film studio for not complying with Section 5193. Before this decision, multiple [studios] had been successfully cited for violating Section 5193.

Federal OSHA's Bloodborne Pathogens Standard most definitely mandates barrier protection  for employees who may be exposed to blood or other potentially infectious material (e.g. HIV).