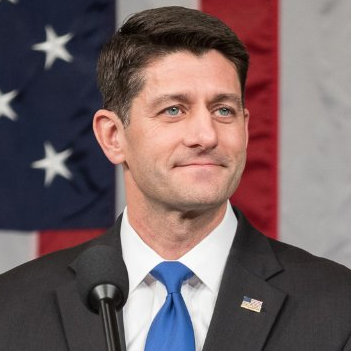 The Congressional Budget Office (CBO) today released its analysis of the financial impact of the House Republicans' proposed measure to replace the Affordable Care Act.

In the first page of its report, the CBO and the Joint Committee on Taxation estimate the GOP's American Health Care Act (AHCA) could cut the federal deficit by $337 billion over the 2017-2026 period.

That savings, however, could come at a cost of millions losing their health coverage by 2026, including large losses in the near future.

“CBO and JCT estimate that, in 2018, 14 million more people would be uninsured under the legislation than under current law. Most of that increase would stem from repealing the penalties associated with the individual mandate.”

“Later, following additional changes to subsidies for insurance purchased in the nongroup market and to the Medicaid program, the increase in the number of uninsured people relative to the number under current law would rise to 21 million in 2020 and then to 24 million in 2026,” the report states.

The big takeaways, and perhaps those that will decide the bill’s fate, rest in that jump in uninsured Americans as well as provisions that could cut as much as $880 billion from Medicaid.

Perhaps knowing the bill would be scrutinized by the same institution that previously overestimated the number of Americans who would find coverage under the Affordable Care Act, House Republicans attempted to bring their plan to committee late last week before the CBO had a chance to score it. That move drew heat from their political opponents, but it paled in comparison to the response to the bill itself, which was swift and negative.

The CBO report also drills into the AHCA’s potential impact on premiums, predicting a short-term spike before the possibility of a long-term decrease, for some. “In 2018 and 2019…average premiums for single policyholders in the nongroup market would be 15 percent to 20 percent higher than under current law mainly because of the elimination of the individual mandate penalties,” The report states, going on to predict that the elimination of such penalties would “markedly reduce enrollment in the nongroup market and increase the share of enrollees who would be less healthy.”

The impact on older Americans drew some of the earliest criticism of the bill, with the American Association of Retired Persons responding to it sternly upon introduction last week. The AARP's executive vice president, Nancy LeaMond, called it “harmful legislation” that would “make health care less secure and less affordable.”

The CBO report follows its most glaring findings with another two-dozen pages that hone in on each of the bill’s tenets, including the modest savings that would result from the bill’s stipulations about lottery winners as well as its very specific section targeting nonprofits that are “primarily engaged in family planning,” provide abortions, and had “expenditures under the Medicaid program that exceeded $350 million in fiscal year 2014.” “According to those criteria, only Planned Parenthood Federation of America and its affiliates and clinics” would be impacted, according to the CBO, and making up for the costs incurred by cutting that funding “would reduce direct spending by $156 million over the 2017-2026 period.”

The drum of criticism did not miss a beat upon the release of the CBO’s report, with critics instantly latching on to the largest numbers. The National Health Law Program immediately issued a statement in which Executive Director Elizabeth G. Taylor called it a “regressive measure,” emphasizing the estimated $880 billion in Medicaid cuts and 24 million more uninsured Americans.

The American Medical Association also released a statement, attributed to Andrew W. Gurman, MD, the group’s president, which read “While the Affordable Care Act was an imperfect law, it was a significant improvement on the status quo at the time, and the AMA believes we need continued progress to expand coverage for the uninsured. Unfortunately, the current proposal – as the CBO analysis shows – would result in the most vulnerable population losing their coverage.”

House Speaker Paul Ryan (pictured), who has been the bill's loudest proponent, expected such a reaction from the CBO. In an interview with Face the Nation, he said "The one thing I'm certain will happen is CBO will say 'well gosh, not as many people will get coverage.' You know why? Because this isn't a government mandate...there's no way you can compete on paper with a government mandate with coverage."

"By having the things that we're talking about—tax credits, risk pools, health savings accounts—you dramatically increase the access to health care. But we're not going to make an American do what they don't want to do, you get it if you want it. That's freedom," he concluded.

The AHCA was already facing a steep climb to become official law, with several congressional Republicans already on the record saying they would oppose it. For their part, proponents of the law had preemptively called into question the CBO’s prowess. White House press secretary Sean Spicer told a reporter last week that “If you’re looking to the CBO for accuracy, you’re looking in the wrong place.”