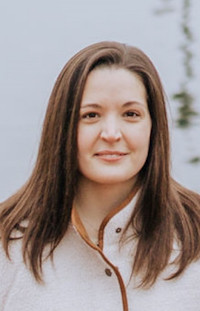 A randomized trial comparing a cash incentive to peer support for increasing acceptance of treatment for hepatitis C virus (HCV) among persons with HCV/HIV coinfection, including those who use drugs or alcohol, found both methods helpful but that 1 in 4 patients still declined treatment.

Although 50% to 90% of persons with HIV who use drugs have HCV co-infection, providing HCV treatment has been challenging because of ongoing barriers to care, according to Kathleen Ward, MSPH, CHES, Senior Research Program Coordinator, Viral Hepatitis Center, Johns Hopkins University School of Medicine, Baltimore, MD, and colleagues.

"In this population of people living with HIV who use drugs, there are still several challenges to HCV treatment initiation despite increased access to direct-acting antivirals (DAAs)", Ward told MD Magazine®.

"Treatment outreach programs should address the complex co-morbidities these patients face, including substance use disorders and psychiatric illnesses. It is important to meet people where they are in order to provide tailored interventions that address an individual's unique barriers," she added.

The investigators saw an opportunity for increasing HCV treatment outreach in patients with HCV/HIV coinfection in finding that this population is more likely to engage with health care and to receive HCV screening than those with HCV monoinfection. They noted that novel strategies such as contingent financial incentives, patient navigators, and peer mentors have been found to improve HIV treatment access but are less well studied in the HCV care continuum.

With the success of DAA treatment in producing sustained virologic response (SVR) of HCV in HCV/HIV coinfected patients, Ward and colleagues suggested that "persons living with HIV are a population in which HCV micro-elimination may be achievable."

Study participants were receiving care for HIV but were treatment-naïve for HCV for at least 8 months prior to study entry. A positive urine screen for cocaine or heroin was found in 46% of participants at study entry, and 33% had blood alcohol above 50 ng/ml.

The 144 participants were randomized to 1 of 3 study conditions. Each received referral to an HCV specialist and continuation of usual care at the HIV clinic, and either continued only with usual care (n = 36), or were also offered a cash incentive contingent on accessing HCV treatment (n = 54) or received peer mentor support for accessing and maintaining HCV treatment (n = 54). The treatment drug (ledipasvir/sofosbuvir, Harvoni) was provided without cost to the study participant.

Peer mentor support involved structured interactions with 1 of 5 trained mentors who had been successfully treated for HIV and HCV. Peers contacted participants by mobile phones before, during and after HCV treatment. They met monthly with the study investigators to review interactions with the participants.

Ward and colleagues reported that HCV treatment initiation rates were higher among participants randomized to peer support (83%, 45 of 54) and to cash incentive (76%, 41 of 54) compared to usual care (67%, 24 of 36), but that these differences were not statistically significant. Neither the cash incentive nor the peer support had an effect on the drug and alcohol use during the study. The DAA treatment was generally well tolerated and associated with a high rate of attaining SVR (91%, 100 of 110).

The investigators had not expected that there would be similar rates of treatment adherence between groups; anticipating, rather, that peer support and cash incentives would enhance outcomes. They suggest several possible reasons for the similar outcomes, including intrinsic motivation of persons who had initiated HCV treatment, and high levels of encouragement and direction provided by the clinic multidisciplinary team within the usual care protocol.

"Although it was unexpected that rates of treatment adherence did not differ between the intervention groups, this speaks to the importance of treatment initiation as a critical step on the HCV care continuum," Ward commented. "In our study, 91% of participants who initiated therapy achieved sustained virologic response. This is an important place to focus support efforts because HCV treatment is highly effective in those who start therapy."

The trial methodology may have also contributed to the lack of differentiation, as, for example, the investigators suggest that the cash incentive may have been too low to influence choice. Further complicating the comparison was remuneration that had been provided across groups for study-specific visits ($10-$30/visit).

With an overall 24% (34 of 144) declining to initiate treatment despite encouragement from programs and personnel, Ward and colleagues emphasize that reducing the cost of DAAs is not sufficient to eliminate HCV in this population, and that additional strategies to increase HCV treatment initiation are necessary.

The study, “A Randomized Controlled Trial of Cash Incentives or Peer Support to Increase HCV Treatment for Persons with HIV Who Use Drugs: The CHAMPS Study,” was published in Open Forum Infectious Diseases.

Click here to sign up for more MD Magazine content and updates.
Related Coverage >>>
Overcoming Physician Burnout During the Winter
Flu Cases Reach 13 Million in the US, CDC Reports
Tweet Chat on Doctors Getting Online Scheduled for January 27
You May Also be Interested in
Most Popular
Top 10 Painkillers in the US
Overcoming Physician Burnout During the Winter
The Birth of a New Decade: Will We Finally Improve Maternal Care in the US?
Processed Meat Associated with Greater COPD Risk
HeartMate 3 Improves Patient Outcomes, Regardless of Transplant Eligibility