Caregivers Unaware of Suicidality in Children 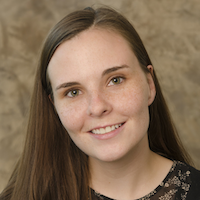 Danielle DeVille, MA, and colleagues conducted a cross-sectional study to assess the prevalence of suicidal ideation, attempts, and nonsuicidal self-injury, along with associated family-related factors among preadolescents. The investigators used data from the Adolescent Brain Cognitive Development study, which is ongoing and aims to increase the understanding of environmental, social, genetic, and other biological factors that affect brain and cognitive development.

The team found that there was a discordance between children’s reports of suicidal ideation, suicide attempts, and nonsuicidal self-injury and caregivers’ reports of whether the child experienced such things.

DeVille, a research assistant at the Laureate Institute for Brain Research, and the team used reports by children and their caregivers to measure lifetime suicidal ideation, suicide attempts, and nonsuicidal self-injury. The reports were gathered on a digital version of the Kiddie Schedule for Affective Disorders and Schizophrenia-Present and Lifetime Version.

The investigators examined 4 categories on the suicidality spectrum: passive suicide ideation (a wish to be dead); nonspecific active suicide ideation (wanting to end one’s own life without consideration of a method, intent, or plan); active suicidal ideation (a desire to die by suicide and >1 of the following: consideration of a specific suicide method, expression of the intent to act on suicidal thoughts, or formulation of a plan to act on the idea in the future); and suicide attempts. Each participant was put into suicide-related subgroups based on the most severe form of suicidality they reported.

Caregivers completed the Child Behavior Checklist, which the team used to assess the child’s internalizing problems (anxiety, depression, withdrawal, etc.) and externalizing problems (rule breaking, aggressive behavior) over the prior 6 months. The caregiver also completed a demographic questionnaire which included the child’s sex, race/ethnicity, and family history of depressive disorders and suicide.

Parents and caregivers filled out a financial checklist which assessed the inability to meet basic needs due to income disparity. An additional document, the Parental Monitoring Questionnaire measured the extent to which the children were tracked and supervised by their parents. The Family Environment Scale measured the child’s reports of family conflict, which assessed the extent of fighting; anger; criticism; yelling; competitiveness; and loss of temper within the family.

Based on the examination of factors associated with discordant parent-child reporting of suicidal ideation, higher levels of internalizing and externalizing was associated with lower likelihood of discordant reporting (internalizing: OR, .92; 95% CI, .91-.95; P <.001; externalizing: OR, .97; 95% CI, .95-.99; P = .003). The results could be because the Child Behavior Checklist scores were reported by parents, and those who reported more mental health symptoms in their children were more likely to identify suicidal ideation, the investigators reported.

Additional analyses using longitudinal data from the Adolescent Brain Cognitive Development study could benefit from the examination of family factors in suicidality development. The findings could lead to the development of early interventions to improve the caregiver-child relationship and the reduction of family conflicts.

The study, “Prevalence and Family-Related Factors Associated With Suicidal Ideation, Suicide Attempts, and Self-Injury in Children Aged 9 to 10 Years,” was published online in JAMA Network Open.

Click here to sign up for more HCPLive® content and updates.
Related Coverage >>>
Individual Differences Linked to Antidepressant Response
Jamak Modaresi Esfeh, MD: Finding Hepatic Encephalopathy
Machine Learning Improves Schizophrenia Treatment Success
You May Also be Interested in
Most Popular
The Fear of the Coronavirus, and the Reality of the Flu
Maternal Vitamin D Deficiency Increases Risk of ADHD in Offspring
Hospitalists Taking Advantage of the iPhone
Top 10 Painkillers in the US
Do EMRs Provide Clinically Relevant Information?