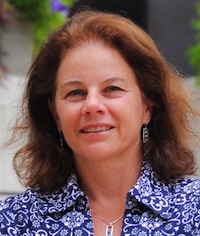 Paige Williams, PhD, Departments of Biostatistics and of Epidemiology, Harvard T.H. Chan School of Public Health, Boston, MA and colleagues explain that while the severe cardiac-related conditions that were encountered in PHIV children early in the HIV epidemic have been substantially alleviated by modern antiretroviral treatment combinations (cART), there have been some indications of subtle cardiac effects which could increase susceptibility to symptomatic cardiomyopathy with aging and exposure to traditional cardiovascular risk factors.

"Despite the cardioprotective effect of cART on today's PHIV youth, the possibility of adverse effects of individual ART drugs on cardiac structure and function has received little attention," Williams and colleagues wrote.

The investigators applied several novel statistical approaches to detect possible adverse effects of individual ART agents on echocardiographic measures of cardiac structure and function in a study population of PHIV youth.  The cohort was drawn from participants enrolled between March 2007 and November 2009 in the Pediatric HIV/AIDS Cohort Study (PHACS) Adolescent Master Protocol (AMP), conducted at 14 academic research hospitals in the US and Puerto Rico.

Williams and colleagues identified 325 PHIV youth with a single echocardiogram at age 7 to 16 years, excluding children from the study who had congenital abnormalities. In addition to establishing the cART components and durations of treatment, health status was tracked at each study visit through physical and laboratory evaluation and chart records.

Statistical approaches were used to evaluate the association of 18 individual ART agents used in at least one of the cART regimens, with z-scores for 11 measures of cardiac function and structure. The approaches involved adjusted linear regression models to control for false discovery rate (FDR), hierarchical models to estimate deviation of an individual agent from the drug class mean, and factor analysis to discern latent measures of cardiac function and structure that could underlie the echocardiographic measures.

"The statistical approaches we applied take into account the entire combination antiretroviral regimen of each subject," Williams told MD Magazine®, "and thus avoid bias which can result from considering a drug's effect in isolation without accounting for other drugs taken concurrently."

Williams and colleagues report that youth taking combination regimens with protease inhibitors had significantly better cardiac function than those receiving other cART, and that no individual ART was implicated in affecting measures of left ventricular function.  Zidovudine (Retrovir) was associated with increasing one measure of left ventricular structure: end-systolic wall stress, however, and both zidovudine and nevirapine (Viramune) were associated with larger heart size.

"The findings regarding adverse changes in cardiac structure with zidovudine-containing regimens are consistent with possible cardiac remodeling, and should be further evaluated in studies which address longitudinal cardiac measures," said Williams.

Although there were fewer associations with measures of cardiac function than structure, youth taking lopinavir (marketed with ritonavir as Kaletra) tended to have better (higher) left ventricular ejection fraction while efavirenz (Sustiva) was associated with lower left ventricular contractility.

"The apparent benefit of lopinavir on left ventricular function was unexpected," Williams and colleagues acknowledged, "and not consistent with adverse associations of portease inhibitor-based regimens on cardiac health noted in adults."

The investigators suggest that with the large number of ART options now available, some agents such as zidovudine could be supplanted with those having more favorable toxicity profiles. They emphasize, however, that longitudinal studies are needed to evaluate longer-term trends and early cardiovascular risk factors among youth with HIV.