Cannabis Use Could Alleviate PTSD Symptoms 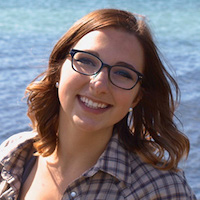 Cannabis might soon move to the front of line as a treatment for patients suffering from post-traumatic stress disorder (PTSD).

A team, led by Emily M. LaFrance, Department of Psychology, Washington State University, used self-reported data to examine the effect cannabis use has on certain PTSD symptoms commonly associated with the disease.

Many individuals use cannabis as a way to manage PTSD symptoms, with evidence showing that the endocannabinoid system represents a viable target for treating these symptoms.

Using this tracking app, the investigators collected 11,797 samples over the course of 31 months to track PTSD-related symptoms, including intrusive thoughts, flashbacks, irritability, or anxiety, immediately before and after inhaling cannabis.

The investigators used latent change score models to examine changes in symptom severity and predictors of these changes, including gender, dose, cannabis, constituents, and time and multilevel models to explore long-term consequences of repeatedly using cannabis to manage PTSD symptoms.

The investigators found that all symptoms were reduced by more than 50% immediately following the use of cannabis and time predicted larger decreases in intrusions and irritability.

While later cannabis use sessions predicted greater symptom relief than earlier sessions, higher doses of cannabis predicted larger reductions in intrusions and anxiety, and dose use to treat anxiety increased over time.

Baseline severity of all symptoms remained constant across time.

“Cannabis provides temporary relief from PTSD-related symptoms,” the authors wrote. “However, it may not be an effective long-term remedy as baseline symptoms were maintained over time and dose used for anxiety increased over time, which is indicative of development of tolerance.”

Epidemiological studies have shown an over two-fold greater lifetime prevalence of PTSD among women (9.7%) compared to men (3.6%).

While there are a number of effective treatments for PTSD, including cognitive processing therapy and prolonged exposure, pharmacological interventions typically involve the use of selective serotonin reuptake inhibitors (SSRIs) which usually have small effect sizes and have been associated with various undesirable side effects, low rates of symptom remission, and high rates of dropout.

In the past, there is some evidence showing the therapeutic effects cannabis can have on PTSD symptoms, but it remains sparse.

There is also evidence showing that cannabinoids reduce responses to conditioned fear cues, impair the retrieval of emotionally aversive memories, and promote the extinction of fear memories suggesting that targeting the endocannabinoid system can reduce PTSD-related intrusions and flashbacks.

Many believe this could move cannabis to a frontline treatment rather than SSRIs or other pharmacological interventions.

The study, “Short and Long-Term Effects of Cannabis on Symptoms of Post-Traumatic Stress Disorder,” was published online in the Journal of Affective Disorders.