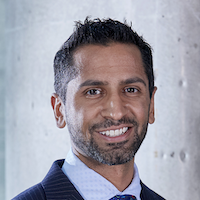 Findings of a recent systematic review showed a small but significant reduction in subjective pain scores for cannabinoid treatment compared to placebo in patients who experienced acute pain.

Herman Johal, MD, MPH, PhD, and a team of Canada-based investigators analyzed 6 trials to find the best evidence of the efficacy of cannabinoids for acute pain in clinical settings based on subjective pain scores and adverse effects. The team found low-quality evidence that cannabinoids can be a safe alternative for a small but significant reduction in pain. What’s more, intramuscular administration led to a greater reduction than oral.

In their systematic review and meta-analysis, Johal, an assistant professor in the surgery department at McMaster University in Canada, and colleagues reviewed 5 trials that used oral cannabinoids and 1 that used intramuscular cannabinoids. The trials included compared cannabinoids with placebo in patients with acute pain—a distressing experience secondary to actual or potential tissue damage that lasted <3 months.

Johal and the team did not include trials focused on chronic pain or conditions associated with chronic pain; nonhuman trials or nonclinical trials; abstracts or posters from conferences; and trials with incomplete or absent pain outcome data.

The investigators collected intervention details like the type, dosage, and route of cannabinoid used, along with the study design, patient demographic information, and sample size. The team also gathers outcomes including the type of pain scale used and the mean pain score at baseline and any change.

The team’s search identified 1257 citations and 25 underwent full-text review before 6 were selected for the meta-analysis. In total, 678 participants were included across 6 randomized, placebo-controlled, parallel-group trials. Three of the studies examined multiple cannabinoid doses, leading to 11 cannabinoid intervention versus placebo comparisons.

There was a significantly higher incidence of dizziness and hypotension in the cannabinoid group, but overall, there was no significant difference in serious adverse effects (OR, 1.44; 95% CI, .6-3.48).

The study, “Cannabinoids in the Management of Acute Pain: A Systematic Review and Meta-analysis,” was published online in the journal Cannabis and Cannabinoid Research.

Click here to sign up for more HCPLive® content and updates.
Related Coverage >>>
Low-Risk TAVR Sustains Benefits at 2 Years in PARTNER 3
FDA Authorizes Five-Minute COVID-19 Test
ACC House Call: Breaking Down Vericiguat in VICTORIA
You May Also be Interested in
Most Popular
ACR Issues Recommendations for Hydroxychloroquine Use for COVID-19
Flu Cases Near 30 Million in the US, CDC Reports
POPular-TAVI: Concomitant Antiplatelet Use Increases Bleeding Risk
Comparing RT-PCR and Chest CT for Diagnosing COVID-19
Gastrointestinal Issues Could Help Diagnose Coronavirus