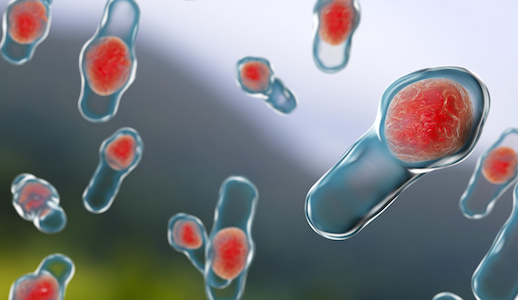 While Clostridium difficile (C. difficile) has been a major public health concern for years, new findings have confirmed that the primary cause of the epidemic is antibiotics, not hospital conditions.

The researchers said that since 2006, the incidence of C. difficile infection has dropped by approximately 80% – after the national introduction of infection control policies. Until then, the outbreak was widespread largely attributed to the overuse of ciprofloxacin and related antibiotics.

To determine antibiotics’ role in the decline of the epidemic, researchers from the University of Oxford examined national data between 1998 and 2014 for the incidence of C. difficile infection and antimicrobial prescribing data. The team wanted to examine whether C. difficile infections in England were driven by reductions in the use of particular antibiotics and see if improvements in hospital infection control were also related to the decline.

The team analyzed more than 4,000 C. difficile bacteria using genome sequencing to determine to which antibiotic measures each bug was resistant.

The researchers learned that C. difficile cases dropped when fluoroquinolone use was limited restricted to targeted use as a multifaceted approach to controlling C. difficile. For example, approximately two thirds of the C. difficile bugs were resistant to antibiotics in September 2006, compared to only 3% in February 2013, the study authors said.

However, the number of C. difficile cases stemming from bugs not resistant to fluoroquinolone antibiotics remained the same over the study period. The researchers explained that because this sector of the infections did not increase due to patients being administered the antibiotic; the incidence did not fall as the antibiotic use was curbed.

The number of bugs transmitted between people in hospitals remained unchanged during the study period, despite implementation of comprehensive infection prevention and control measures, including improved hand washing and hospital cleaning.

In order to continue to reduce the spread of infection, the researchers suggested that good hand hygiene and infection control measures are continued throughout hospital settings. They did note, though, that regularly scheduled deep cleanings were unnecessary and expensive.

“Our study shows that the C. difficile epidemic was an unintended consequence of intensive use of an antibiotic class, fluoroquinolones, and control was achieved by specifically reducing use of this antibiotic class, because only the C. difficile bugs that were resistant to fluoroquinolones went away,” study co author Derrick Crook explained in a press release. “Reducing the type of antibiotics like ciprofloxacin was, therefore, the best way of stopping this national epidemic of C. difficile. These findings are of international importance because other regions such as North America, where fluoroquinolone prescribing remains unrestricted, still suffer from epidemic numbers of C. difficile infections.”

The study authors added that the C. difficile strains that are found in the United Kingdom are also found around the world; they believe that adopting similar practices of antibiotic control on a global scale could produce even more significant reductions of C. difficile infections globally.

The paper, titled “Effects of control interventions on Clostridium difficile infection in England,” was published in The Lancet: Infectious Diseases.

The press release was titled “Antibiotics, not dirty hospitals, the main cause of C. difficile epidemic.”