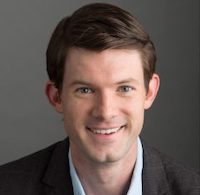 Having a family member with a Clostridium difficile (C. diff) infection (CDI) substantially increases the risk of acquiring an infection.

A team, led by Aaron C. Miller, PhD, Department of Epidemiology, University of Iowa, examined whether exposure to a family member with C. diff infections were linked to a greater risk of acquiring an infection in exposed individuals.

In the case-control study, the investigators examined 224,818 cases of infections representing 194,424 insurance plan enrollees. The investigators compared the incidence of infections among individuals with prior exposure to a family member with a C. diff to those without prior family exposure.

Each individual was binned into monthly enrollment strata based on exposure status such as family exposure and confounding factors including age and prior antibiotic use.

Eligible households had at least 2 family members continuously enrolled for at least 1 month.

Index CDI cases were identified using inpatient and outpatient diagnosis codes, with exposure risks 60 days prior to infection including CDI diagnosed in another family member, prior hospitalization, and antibiotic use.

The team sought primary outcomes of the incidence of C. diff infections in a given monthly enrollment stratum, with separate analyses considered for infections diagnosed in outpatient or hospital settings.

The investigators computed infection incidence within each stratum and used a regression model to compare incidence of C. diff infections while controlling for possible confounding characteristics.

Of the 194,424 enrollees occurring in families with at least 2 enrollees, the investigators identified 1074 CDI events occurred following a CDI diagnosis in a separate family member.

Ultimately, they found having a family member with a C. diff infection significantly raised the risk of acquiring an infection, even after controlling for other factors (IRR, 12.47; 95% CI, 8.86-16.97).

“This study found that individuals with family exposure may be at significantly greater risk for acquiring CDI, which highlights the importance of the shared environment in the transmission and acquisition of C difficile,” the authors wrote.

A team, led by Alice Y. Guh, MPH, identified cases of C. diff infections in stool specimens positive for C. diff in an individual at least 1 years old with no positive test in the previous 8 weeks in 10 US sites.

In the Emerging Infections Program, the investigators used case and census sampling weights to estimate the national burden of infections, first recurrences, hospitalizations, and in-hospital deaths between 2011-2017.