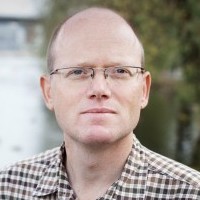 David Epstein, MD, PhD
Patients with diabetic macular edema (DME) who were treated with ranibizumab need fewer injections of the therapy than previously shown to maintain gains in best-corrected visual acuity (BCVA), according to new data.

In a recent retrospective study, researchers David Epstein, MD, PhD, and Urban Amrén, MD, PhD, from Karolinska Institutet, St Erik Eye Hospital, Stockholm, Sweden, examined patients with DME who had been treated with ranibizumab to determine their visual outcome after 4 years of treatment.

Eighty patients (102 eyes) began the study period by receiving 0.5 mg ranibizumab injections for the first 3 months. They were then reinjected as needed (pro re nata) throughout the rest of the study based on their disease status, including optical coherence tomography and assessment of BCVA.

The authors said the study was conducted only on patients’ eyes that had a BCVA between 34 and 73 Early Treatment Diabetic Retinopathy Study letters (ETDRS; approximate Snellen equivalent 0.1–0.63). They wrote, “Patients with previous intravitreal injections or with recent (<3 months) laser treatment or intraocular surgery were excluded.”

According to the published results, 15 eyes from the first 11 patients failed to complete the study due to death (mean age, 77.2 years). Comparatively, the mean age of the patients that completed the study was 66 years (P <.01). One patient died from a myocardial infarction 1 month after a ranibizumab injection, while in the other cases, at least 5 months passed between injection and death. No events of endophthalmitis, retinal tear, or retinal detachment were recorded during the follow-up.

“No difference in the injections needed was seen between patients who had previously received focal/grid laser and treatment-naive subjects,” the authors noted.

The research team concluded that the improvement in BCVA was maintained with the pro re nata ranibizumab regimen, and noted that patients required a low average number of injections (7.7) to sustain this correction throughout the study.

“Ranibizumab injections given on a PRN dosing regimen for 48 months provided a substantial and continuous visual benefit in patients with DME,” Epstein and Amrén wrote. “Our real-life data support the use of ranibizumab for the treatment of DME in a PRN regimen. The number of injections needed during a 4-year period was lower than reported from previous trials.”

The study, “Long-time outcome in patients treated with ranibizumab for diabetic macular edema: A 4-Year Study,” was published in Retina.

Click here to sign up for more HCPLive® content and updates.
Related Coverage >>>
Strabismus in Children Associated With Lower Quality of Life
Coronavirus and Ophthalmology Best Practices with Rishi Singh, MD
Vision Problems More Common in Patients with Parkinson Disease
You May Also be Interested in
Most Popular
Gastrointestinal Issues Could Help Diagnose Coronavirus
Fracture Location Related to Increased Mortality
Comparing RT-PCR and Chest CT for Diagnosing COVID-19
Flu Cases Near 30 Million in the US, CDC Reports
Concern Over Sleep Apnea and Coronavirus Transmission