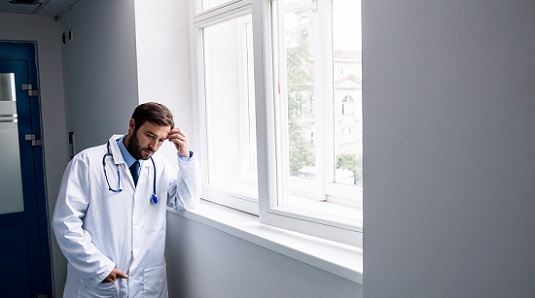 Previous investigations conducted by the Mayo Clinic in 2011 and 2014 reported that about half of all physicians experience at least 1 symptom of profession-related burnout. A new cohort study from the clinic found that similar rates of burnout are prevalent in resident physicians—as well as a rate of career regret among the class of care providers.

To the knowledge of the investigators, this ongoing national study is the first to assess burnout particularly in resident physicians—most related studies have been cross-sectional, confined to a single institution, and have measured factors associated with graduate education. Investigators sought to explore the reported rates of burnout symptoms, including how many resident physicians regret their career and specialty choices, and to identify factors during medical school that could increase burnout and regret risks at that phase of their career.

Surveyed females reported a greater relative risk (RR) of burnout symptoms (RR 1.17)—greater than that of surveyed participants who, during their fourth year of medical school, reported high anxiety scores in previous assessments (RR 1.08). Investigators also noted that higher empathy score in participants surveyed during their fourth year of medical school was associated with a reduced RR for burnout symptoms during the second year of residency (RR 0.99).

After controlling for various factors, investigators found that symptoms of burnout were associated with a 3.20 RR for career choice regret in the resident physicians. Training in anesthesiology, emergency medicine, family medicine, pediatrics, psychiatry, ophthalmology, and orthopedic surgery (RRs 0.20 – 0.58) were associated lower RR of specialty choice regret during the second year of residency, relative to internal medicine training.

Among specialties, burnout prevalence was greatest in resident physicians training in urology (63.8%), neurology (61.6%), and ophthalmology (55.8%). Across ethnicities, burnout prevalence was greater in Hispanic or Latino physicians (52.8%) than non-Hispanic or Latino (44.5%). Physicians with children were more likely to suffer from burnout symptoms (46.4%), but there were no significant difference across physicians with varying household incomes or educational debt.

Investigators noted that the specialty areas with the greatest prevalence of resident physician burnout was largely similar to those of practicing physicians, as found in a related study. Whether this is due to the parameters of the specialties themselves—or due to a cyclical nature of their environments—remains to be known.

In an essay accompanying the study, Thomas L. Schwenk, MD, of the University of Nevada School of Medicine, and Katherine J. Gold, MD, MSW, MS, of the Department of Family Medicine and Institute for Healthcare Policy and Innovation at the University of Michigan Health System, wrote that if burnout prevalence is so evidently variable, then it must be assessed for both reliability and its characteristics across populations.

“Simply accepting the oft-quoted statement that “half of all physicians are burned out” is inappropriate,” the pair stated. “If the risk of burnout varies widely according to location, clinical setting, type of practice, medical specialty, and other demographic features, an explanatory model is essential to the understanding of the specific components of these demographic correlates that could lead to interventions.”

The essayists questioned whether there is a relationship among the variables laid out by the investigators, or if they are “colinear with other more fundamental aspects of professional stress.” They called for the implementation of longitudinal studies, designed to define these relationships, as well as the significance of plausible factors beyond anxiety and empathy in future care providers.

Though investigators felt confident to claim the data evidenced an association between medical school-era high anxiety, lack of social support, and lower empathy to a relative risk of burnout symptoms and specialty choice regret during residency, they echoed the call for more analysis.

The study, "Association of Clinical Specialty With Symptoms of Burnout and Career Choice Regret Among US Resident Physicians," was published online in JAMA.

Click here to sign up for more MD Magazine content and updates.
Related Coverage >>>
Better Predictors for Graft Failure in Kidney Recipients
ED Patient Restraints Foster Healthcare Distrust
Overcoming Physician Burnout During the Winter
You May Also be Interested in
Most Popular
Flu Cases Reach 13 Million in the US, CDC Reports
When to Suspect Diarrhea is Symptom of a Clostridium Difficile
Top 10 Painkillers in the US
Shoulder Pain Could Be a Warning for Heart Disease Risk Factors
The Link between ADHD and Celiac Disease