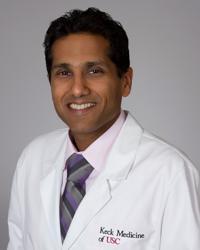 While the impact of stress on cardiovascular health has been long-documented, new data from the University of Southern California (USC) has linked burnout to the development of atrial fibrillation (AFib).

After analysis of more than 11,000 participants from the ARIC study, investigators concluded burnout—defined as vital exhaustion—was associated with an increased risk of AFib, even after adjustment for race, age, sex, education, and other confounding factors.

"Vital exhaustion is associated with increased inflammation and heightened activation of the body's physiologic stress response," said Parveen Garg, MD, assistant professor of clinic medicine at Keck School of Medicine of USC, in a release. "When these 2 things are chronically triggered, that can have serious and damaging effects on the heart tissue, which could then eventually lead to the development of this arrhythmia."

With burnout becoming a major focus of clinical research, and a symptom increasingly relevant in many employed adults in the US, Garg and a team of investigators sought to add to the currently available data on the association of several psychosocial measures indicative of stress, with incident AFib.

For this analysis, investigators examined 11,445 ARIC participants from visit 2 (1990-1992) who were free of AFib at baseline and had data available on anger, vital exhaustion, antidepressant use, and social support.

Vital exhaustion was assessed at baseline and defined as a score in the highest quartile on the 21-item Vital Exhaustion Questionnaire (VEQ). The Interpersonal Support Evaluation List and the Lubben Social Network Scale were used to assessing social ties and the Speilberger Trait Angel Scale was used to assess anger.

Upon analysis, investigators observed no significant associations between anger or poor social ties with the development of AFib. Compared to those in the first quartile, those in the fourth VEQ quartile (HR: 1.45; 95% CI, 1.29–1.64) were at an increased risk of developing atrial fibrillation, even after adjustment for age, race-center, sex, education, and height. This same analysis revealed those using anti-depressants (HR: 1.37; 95% CI, 1.11–1.69) were also at an increased risk of developing AFib.

Investigators noted multiple limitations within their study. Limitations included being limited to a single measure of psychosis factors, being unable to assess the impact of temporal relationships between the different psychosocial measures on AFib risk, and the method of AFib detection is not sensitive for cases of paroxysmal AFib, among others.

Based on the results of their analyses, Gargantuas and colleagues suggest clinicians should be mindful, if not already, to consider the impact of vital exhaustion and antidepressant use on risk of AFib and other cardiovascular diseases.

This study, titled “Associations of anger, vital exhaustion, anti-depressant use, and poor social ties with incident atrial fibrillation: The Atherosclerosis Risk in Communities Study,” is published in the European Journal of Preventive Cardiology.