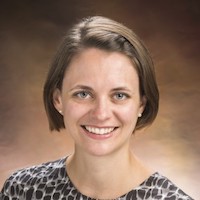 A single intervention could pay dividends for individuals at risk of suicide ideation, according to new data.

In the systemic review and metal-analysis, the investigators identified 14 studies involving 4270 patients.

Suicide rates have been rising in the US for the better part of 2 decades, leading to the National Action Alliance for Suicide Prevention calling for health care organizations to incorporate suicide prevention into routine practice.

Health care organizations also play a crucial role as more than one-third of people who die by suicide have had a health care encounter within the previous week prior to death and half within a month before their death.

Click here to sign up for more HCPLive® content and updates.
Related Coverage >>>
Kenneth Koblan, PhD: SEP-4199 Showing Promise Treating Bipolar Depression
Banafsheh Kashani, MD: Uterine Fibroids and the Importance of FDA Approvals
Baloxavir Effective in Preventing Spread of Flu
You May Also be Interested in
Most Popular
Safety Concerns With Biologics During the COVID-19 Pandemic
Denise Daley, PhD: Early Asthma Interventions for Infants
There Might Be Too Much Emphasis on Risk Factors for Hepatitis C Screening
Visual Impairment, Dementia Are Detrimental to Independence of Older Adults
Epilepsy Drug May Protect Against Optic Neuritis in Multiple Sclerosis