BMI at Young Age Linked to Risk of Multiple Sclerosis 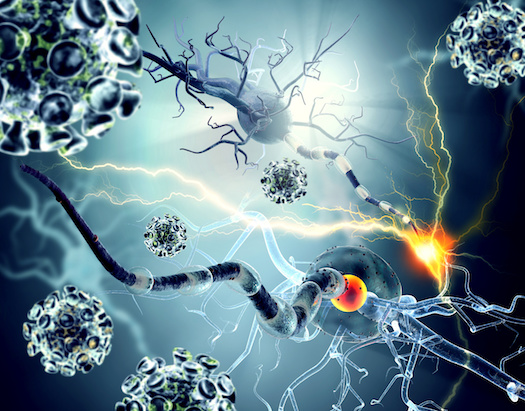 A recent study has found that a person’s chance of developing multiple sclerosis (MS) later in life may be linked to their body mass index (BMI) at menarche.

While previous studies have suggested people who are younger when they enter puberty are more likely to develop MS, a study examining 329245 women found a link between increased BMI and development of MS.

Investigators found a 1-year increase in genetically predicted age at puberty decreased odds of MS by 8%. A multivariable Mendelian randomization (MR) analysis showed that after accounting for effects on adult BMI, the association of age at puberty with MS susceptibility was reduced. Investigators obtained similar results when childhood BMI was incorporated. Sensitivity analyses provided no evidence of major bias from genetic pleiotropy.

"Previous studies have shown that children with higher body weight tend to enter puberty earlier than children with normal body weight, and increased BMI is also linked to a greater risk of MS," said study author J. Brent Richards, MD, MSc, of McGill University in Montreal, Canada. "It appears that earlier age at puberty is associated with an increased risk of MS, but this association is influenced by BMI. Our findings do not support a substantial role for the effect of the timing of puberty on the risk of MS independent of BMI."

Investigators reviewed a genome-wide association study of 329245 women and 372 genetic variants that are associated with the age at menarche. Previous studies had shown that the genes related to the timing of puberty are well-correlated in girls and boys. The effect of pubertal timing on risk of MS was measured with summary statistics from a GWAS of 14,802 cases with MS and 26,703 controls, who did not have the disease, to examine whether age of puberty was associated with risk of MS.

Investigators found support for an association between higher age at puberty and decreased risk of MS with a significance comparable to that reported in observational studies. The effect appeared to be largely mediated by the strong association between age at puberty and obesity. Authors noted that a large cause effect of pubertal timing independent of BMI was unlikely, based upon results.

Richards noted that while they did find that people with an earlier age of puberty were more likely to develop MS, but once they factored in BMI, the results were no longer significant.

One of the limitations of the study that researchers took note of was that they were unable to analyze results for men and women separately.

"More research is needed to determine whether decreasing rates of obesity could help to reduce the prevalence of MS," Richards said. "If so, this could be another important reason for public health initiatives to focus on lowering obesity rates.”

This study, “Effect of age at puberty on risk of multiple sclerosis,” was published in Neurology®, the medical journal of the American Academy of Neurology.