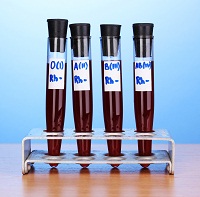 Two diagnostic tools can determine what kind of stroke a patient is having, according to developer Taura L. Barr, RN, PhD, of West Virginia University Center for Neuroscience.

The University received a National Institute of Health grant for nearly $11 million in October 2014, which was put toward stroke research and aimed to investigate the effects of the disease across the state and country. The grant, which was set to come in waves over the next 5 years, was given to enhance mentoring and development of 5 junior investigators and their research programs, in addition to supporting care resources.

Barr, who is an assistant professor in the School of Nursing, studied what genes could indicate about stroke and immune suppression in individuals through genomic biosignatures. The technology she developed can determine what type of stroke a patient is having as well as when the symptoms began, which are both critical and life saving information.

The blood test is “a powerful tool that can be used to take care of [stroke patients], but it’s so much more powerful if we know their personal family health story,” Barr explained in a video.

Barr, who is a nurse in addition to being a primary investigator in the WVU Stroke Center, explained that nurses are in the forefront of having conversations about family histories with patients.

“Even today, more than any genetic test we’ve developed, a detailed family health history may be the most effective tool we have to save lives,” Barr explained to West Virginia Public Broadcasting.

Barr is the Chief Scientific Officer of CereDx, a start up life sciences company which focuses on “advancing the treatment of stroke, through the development of next generation precision diagnostics and therapeutics,” according to the company website.

Researchers plan to use the grant money to investigate various topics, including: how the cardiovascular (CV) system responds to stroke and the impact of CV function on stroke outcome; how groups of neurons that regulate movement respond in health and disease; how spinal pathways regulate movement in health and after stroke; and the effects of anti wetting agents like perfluoroalkyl chemicals on stroke incidence, mortality, and morbidity.

“We are appreciative that the state of West Virginia, through its Eminent Scholars Recruitment and Enhancement Program, had the vision to support an investment in stroke research,” Arthur J. Ross, III, MD, MBA, dean of the School of Medicine, said in a press release at the time. “Ultimately, we are thrilled that this team has been able to convert that initial investment into a major federal award.”


Click here to sign up for more MD Magazine content and updates.
Related Coverage >>>
FDA Approves Semaglutide Injection for Cardiovascular Risk Reduction
Antipsychotic Use Increases Fall Risk for Alzheimer Patients
Early Intervention Could Improve Aortic Stenosis Outcomes
You May Also be Interested in
Most Popular
Real-World Challenges to Prescribing Sacubitril/Valsartan for Patients with Heart Failure
Virtual Physical Therapy Shows Promise Following Knee Surgery
Top 10 Painkillers in the US
Brokers and the Affluent
How Many Pills Do Your Elderly Patients Take Each Day?