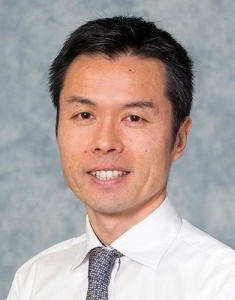 Spikes in systolic blood pressure at a young age could serve as a warning sign for developing cardiovascular disease later in life, according to a new study.

Results of the study, which was performed by Duke University’s Department of Family Medicine and Community Health, found a 3.6 mm spike in blood pressure in young adulthood correlated to a 15% greater risk of cardiovascular disease events later in life.

“Current guidelines defining hypertension and assessing the need for anti-hypertensive therapies ignore variability in blood pressure readings,” said lead investigator Yuichiro Yano, MD, PhD, assistant professor in the Department of Family Medicine and Community Health, in a release. “I think there has been a belief that variability is a chance phenomenon, but this research indicates maybe not. Variability matters.”

To test their hypothesis that averaging blood pressure readings could be masking potential warning signs, Yano and a team of colleagues conducted a prospective cohort study of patients from the CARDIA study from 1985 through 2015. Of the original 5114 CARDIA study participants, 3394 were included in the current analysis.

All patients included underwent 8 follow-up examinations during years 3, 5, 7, 10, 15, 20, 25, and 30. At baseline and year 2, 5, 7, and 10, investigators measured blood pressure 3 times in each participant—the mean of the second and third measurements were used in the investigators’ analysis.

At year 10, the mean age of the 3394 participants included in the study was 35.1 years, 55.7% were women, and 45.9% were African American—the remaining 54.1% were white. Investigates also noted 3% of participants were taking an antihypertensive medication.

Based on the results of their analyses, investigators suggest greater visit-to-visits systolic blood pressure variability before the age of 40 was associated with a higher risk of cardiovascular events and all-cause mortality over the following decades.

“If a patient comes in with one reading in December and a significantly lower reading in January, the average might be within the range that would appear normal but is that difference associated with health outcomes in later life?” Yano said. “That’s the question we sought to answer in this study, and it turns out the answer is yes.”

This study, titled “Association of Blood Pressure Patterns in Young Adulthood With Cardiovascular Disease and Mortality in Middle Age,” in JAMA Cardiology.

Click here to sign up for more HCPLive® content and updates.
Related Coverage >>>
Study Examines Link Between Folate Levels and CV Risk in RA Patients
Bempedoic Acid and Ezetimibe Combination Approved by FDA for Lowering LDL-C
DocTalk Podcast: Prescribing Bempedoic Acid with Christie Ballantyne, MD
You May Also be Interested in
Most Popular
The Fear of the Coronavirus, and the Reality of the Flu
Do EMRs Provide Clinically Relevant Information?
MDNN: CVS Health Buys Aetna, D-cycloserine for Tuberculosis, Unsafe Abortions, and Childhood Obesity
The Art of HANDOFFS: A Mnemonic for Teaching the Safe Transfer of Critical Patient Information
PICCs Linked to Increase of Blood Clots in Children