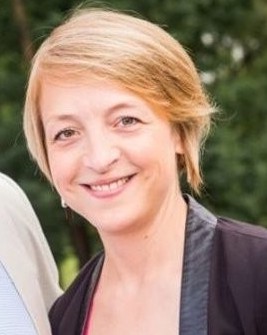 While lung function decline is a normal feature of aging, having asthma changes the game entirely. Severe exacerbations predict decline, but a new study shows that monitoring blood eosinophil counts over time shows promise as a simpler method.

Investigators—led by PhD student Sophie Graff, Dr. Sophie Demarche, and Monique Henket from the Department of Respiratory Medicine at University of Liege in Belgium— said that while asthma patients have lower lung function than asthma-free populations, not all patients have declining lung function. For some, the disease stabilizes, and others can even outgrow asthma.

But asthma patients remain at risk for airway remodeling, which results in airflow defects and low forced expiratory volume over 1 second (FEV1).

“The purpose of this study was to evaluate potential risk factors for accelerated lung function decline in a secondary care asthma population, including evolution of blood sputum eosinophils and neutrophils over time,” investigators wrote.

Subjects included adult patients with asthma from the University Asthma Clinic of Liege in Belgium. To be eligible, participants had to have at least 2 visits void of exacerbations with post-bronchodilation (BD) FEV1 measurements and minimum of 1 year between them. After study criteria was met, 229 patients seen between February 2004 and January 2017 qualified.

Close to half (42%) of patients had severe asthma and uncontrolled even with high doses of ICS or LABA. Of those with severe asthma, 52% had the eosinophilic inflammatory phenotype.

“We are the first to show that a significant increase in systemic eosinophilic inflammation, even in patients with normal baseline value, can predict FEV 1 decline,” investigators noted. “This has clinical implications, as blood collection is easily measured, more widely available with a higher success rate, and less time consuming than sputum collection.”

The study, “Increase in blood eosinophils during follow-up is associated with lung function decline in adult asthma,” was published online in Respiratory Journal.