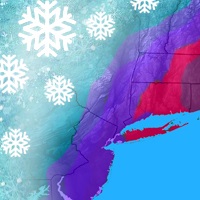 Hospitals in New York and New Jersey expect to return to normal by tomorrow morning, after making extensive blizzard readiness preparations that disrupted schedules and had the public on edge.
.
State of emergency declarations in NJ and much of NY were lifted this morning, as the storm that was supposed to be “snowpocalypse” or “snowmageddon” turned east from its predicted path by 50 miles and spared much of the NY-NJ region that was expecting it to be a winter version of Super Storm Sandy.

In New York the heavy snows were limited to eastern Long Island and upstate regions, leaving much of the North Shore-LIJ health system over-prepared.

Thousands of employees reported to work yesterday ready to stay the night and did so, a system spokesman said. “We had cots for everyone and tried to make them comfortable,” he said.

At North Shore University Hospital it was a good time for patients to ring for a nurse. There were 700 staff on hand to care for 800 patients.

The systems’ emergency rooms were busy, he said. That included one snow-related fatality, a teenager who was injured in a snow-tubing accident. "Unfortunately, he was DOA," the spokesman said.

In New Jersey, a spokeswoman for the New Jersey Hospital Association said the concensus from member facilities is that planning paid off and that the governor's decision to ban travel likely helped as well.

“By all accounts, things ran very smoothly for our hospitals and other healthcare facilities, “ she said.

Having motorists forced to stay off the roads “seems to have reduced the number of emergencies coming into the ERs.“ Although normal activities are resuming and the elective procedures that were cancelled for today are being rescheduled, “Hospitals remain in a state of readiness,” she added.

Once the snow stops and the snow-shoveling starts, trips to the emergency room could pick up. “We urge people to use caution and common sense when shoveling and when going out and about on snow-covered roads,” she said.


Click here to sign up for more HCPLive® content and updates.
Related Coverage >>>
When Physicians Consolidate, Medical Prices Climb
A Leg to Stand On: a Surgeon's Tale
Marijuana Hazard: Stress Cardiomyopathy
You May Also be Interested in
Most Popular
Nanoparticle Treatment Showing Promise Against Rhumetaoid Arthritis
Top 10 Painkillers in the US
Comparing RT-PCR and Chest CT for Diagnosing COVID-19
Positive Results Treating Active Psoriatic Arthritis with Upadacitinib
Tanezumab Outperforms Placebo, Tramadol in Improving Chronic Back Pain