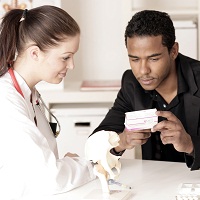 A recent study regarding the healthcare disparities, specifically treatment of type 2 diabetes, is shedding new light on the uphill battle minority groups often face when trying to receive treatment.

“Inequality in care persists. Diagnosis rates for Type 2 diabetes are on the rise and it is important that all patients receive the same high levels of care,” said lead investigator Martin Whyte, clinical senior lecturer in metabolic medicine at the University of Surrey, in a release.

In an effort to further evaluate the impact of treatment disparities in black and ethnic minority populations, investigators carried out a retrospective cohort analysis of patients treated at 164 primary care practices across England from 2012 through 2016. A total of 84,452 type 2 diabetics, which were identified through use of the Royal College of General Practitioners Research and Surveillance Centre dataset, were included in the current analysis.

The mean age of the study cohort at the end of 2016 was 68.7 years, 43.9%(21,656) were female, and the mean BMI was 30.7. Investigators noted asian and black people were slightly over-represented in the study population compared to the general Royal College of General Practitioners Research and Surveillance Centre dataset population.

"Diabetes is a complex condition to manage, requiring each patient to be treated and supported in a variety of ways. It is concerning that such an inequality has been identified,” said study investigator Simon de Lusignan, BSc, MBBS, professor at the University of Surrey and University of Oxford. “Cost and accessibility may be limiting factors for screening and it is important that general practitioners stress to patients how crucial monitoring is for their long term health."

This study, “Disparities in glycaemic control, monitoring and treatment of type 2 diabetes in England: a retrospective cohort analysis,” was published online in PLOS MEDICINE.