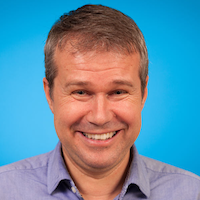 Findings of a new study showed that biomechanical footwear led to an improvement in pain among participants with knee pain from osteoarthritis compared with control footwear.

The results, although statistically significant, need to be replicated to prove clinical importance, according to Peter Juni, MD, FESC and a team of investigators.

Juni, from the Applied Health Research Center at Li Ka Shing Knowledge Institute in Toronto, Canada, and colleagues assessed the effect of a biomechanical footwear therapy versus control footwear over 24 weeks of follow-up. The team hypothesized that individually calibrated biomechanical footwear therapy could improve pain and physical function in people with symptomatic knee osteoarthritis.

The investigators enrolled men and nonpregnant women >40 years old who had symptomatic, radiologically confirmed knee osteoarthritis according to criteria from the American College of Rheumatology. The participants had knee pain last >6 months and a score of >3 on the Western Ontario and McMaster Universities Osteoarthritis Index (WOMAC) pain subscale. If a patient had a history of inflammatory rheumatic disease, had undergone knee surgery during the prior 6 months, or had a planned hip or knee surgery within 24 weeks of baseline, they were excluded from the study.

In both groups, participants underwent an initial fitting of their footwear at baseline and during recalibration at 4, 8, 12, and 16 weeks of follow-up. The participants were told to use the footwear during indoor activities for 30 minutes each day during the first week, with increases of 10 minutes per week on average.

At 6 weeks, participants used the footwear to walk outdoors. Participants also discontinued their regular pain medication and were told to avoid other interventions like physical therapy.

Overall, there were 220 participants randomized with a mean age of 65.2 years old and 47.3% women. Of the participants, 219 received the treatment and 96.8% completed follow-up.

Additional research is needed to assess the long-term efficacy and safety, along with replication, before the results are deemed clinically valuable.

The study, “Effect of Biomechanical Footwear on Knee Pain in People With Knee Osteoarthritis,” was published online in JAMA.

Click here to sign up for more HCPLive® content and updates.
Related Coverage >>>
Upadacitinib Outperforms Placebo, Adalimumab for Psoriatic Arthritis
Belimumab Safe and Effective Treating Systemic Lupus Erythematosus
Higher Doses of Upadacitinib Increase Rate of Serious Infections
You May Also be Interested in
Most Popular
US Medical Groups Share Front Against Racism, Healthcare Disparity
Upadacitinib Outperforms Placebo, Adalimumab for Psoriatic Arthritis
Study Finds Marijuana Use Not Linked to Increased Stroke Risk
What Should I Do With This Abnormal ALT?
Top 10 Painkillers in the US