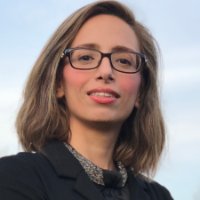 Scientists in Denmark say they’re one step closer to developing a stem-cell therapy that could eventually allow patients with type 1 diabetes (T1D) to be insulin independent again.

A team of researchers from the University of Copenhagen says they have identified a unique protein on the surfaces of pancreatic precursor cells. They hope the biomarker will make it easier to locate stem cells that could be efficiently developed into insulin-producing beta cells for T1D therapies.

Jacqueline Ameri, PhD, an assistant professor at the University of Copenhagen and the study’s first author (pictured), said the prospect of creating T1D stem cell therapies from pancreatic precursor cells, instead of more immature stem cells, would represent a tremendous advantage in the fight against T1D. Starting with these specifically identified stem cells would decrease the risk of including unwanted tumorigenic cells, and ultimately create a more streamlined process with a higher rate of success and a lower cost.

Still, the end goal of mass-producing mature insulin-producing beta cells remains elusive, due to a number of technical challenges. One of the biggest, Ameri told MD Magazine, is protecting the allogeneic cells from attacks by the patient’s immune system.

“As T1D is an autoimmune disease where the beta cells are destroyed by the immune system and because allogeneic cells are foreign to the patient, to cure/eliminate the disease we would need to protect the implanted beta cells from this immune attack,” she said. “Different strategies are currently being developed including encapsulation devices and/or targeted immunotherapies that could be combined with a stem cell based therapy to circumvent this problem.”
If one or more of those strategies pan out, another challenge will be ensuring that the transplanted cells remain functional and durable over time. Once overcome, Ameri said stem cell therapy could come very close to being a permanent cure for T1D.

“When cell therapy-based treatments are available, patients may initially need to receive treatments periodically, but once we have succeeded with increasing the survival and function of the implanted beta cells for longer periods of time (post-transplantation), it will be possible that only one to three, or very few, treatments will be required to achieve insulin independence, depending on the age of the patient and the severity of their disease,” she said.

In addition to her work at the university, Ameri is also working to commercialize her research. She is CEO and co-founder of PanCryos, a spinout that is aimed at creating affordably mass-produced stem cell therapies. PanCroys has funding from the University of Copenhagen and Novo Seeds, a venture capital fund operated by the parent company of Novo Nordisk.

For now, Ameri said, her focus is on treating, rather than preventing, T1D. She said researchers still don’t know enough about the causes of the disease to prevent it, but a successful T1D therapy might also enable treatment of a subpopulation of type 2 diabetics who have developed insulin-dependent diabetes.

Click here to sign up for more MD Magazine content and updates.
Related Coverage >>>
FDA Approves Semaglutide Injection for Cardiovascular Risk Reduction
Low Fat, Mediterranean Diets Linked to Low Testosterone in Men
Common Diabetes Medication Could Prevent Miscarriages
You May Also be Interested in
Most Popular
FDA Approves Teprotumumab for Thyroid Eye Disease
Medical Marijuana Could Improve Sleep Quality for Chronic Pain Patients
Top 10 Painkillers in the US
What Should I Do With This Abnormal ALT?
JUUL Use Significantly Jumped Among Young US Adults Since 2018