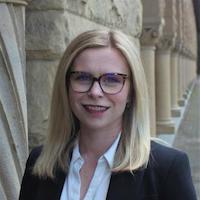 New research suggests women who use benzodiazepines before becoming pregnant are at a higher risk of ectopic pregnancies.

In the study of nearly 1.7 million women, Elizabeth Wall-Wieler, PhD, and a team of investigators found the risk of ectopic pregnancy, where the embryo develops outside the womb, was 50% higher in women who filled out a prescription for benzodiazepines in the 90 days before contraception.

Wall-Wieler and colleagues used the data of pregnant women identified in the IBM MarketScan Research Databases. The administrative claims databases contained information on a portion of the US population covered by employer-sponsored insurance. ICD-9 diagnosis and procedure codes were used to identify pregnancies. Claims codes helped identify intrauterine pregnancies. Prescriptions of benzodiazepines were identified from outpatient pharmacy files.

The team included pregnancies identified in the databases between the start of November 2008 and the end of September 2015. Pregnant women included were 15-44 years old.

Overall, 1,691,366 pregnancies were included, of which, 30,046 (1.78%) were ectopic and 17,990 (1.06%) were to women who had a benzodiazepine prescription before contraception. Women were more likely to have a prescription if they were older at the time of their pregnancy, had a sexually transmitted infection, pelvic infection, intrauterine device, used assisted reproductive technology, and had a smoking-related diagnosis or procedure in the 9 months before the exposure period.

Alprazolam, clonazepam, lorazepam, and diazepam were the most commonly used benzodiazepines. Aside from clonazepam, the RR of ectopic pregnancy was substantially higher for those who were taking any of the benzodiazepines compared to women who were not taking them. The inverse probability of treatment-weighted RR ranged from 1.19 (95% CI, .96-1.48) for women taking clonazepam, to 1.51 (95% CI, 1.2-1.9) for those taking lorazepam.

Benzodiazepines can be an important part of the treatment plan for a patient with anxiety or insomnia. But the study showed those who use the medication when they become pregnant were at higher risk of ectopic pregnancy.

“When identifying treatment options, women and their care providers should understand the benefits and risks associated with treatment options, and more options should be available that have been demonstrated to be safe to use before and during pregnancy,” Wall-Wieler said in a statement.

The study, “Benzodiazepine use before conception and risk of ectopic pregnancy,” was published online in the journal Human Production.